UP roadways bus collided with a tree in Delhi, 20 injured 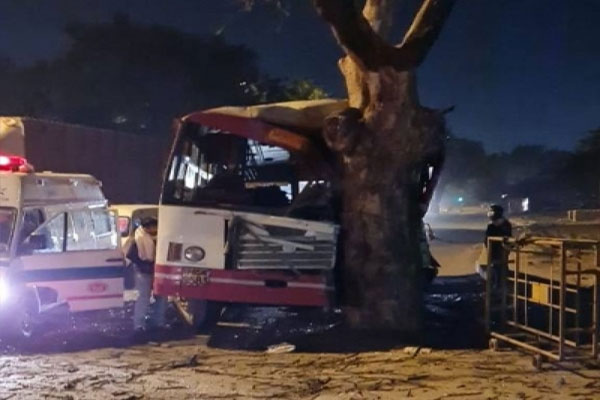 New Delhi:  A Uttar Pradesh Roadways bus collided with a tree in South-East Delhi’s Sukhdev Vihar area near New Friends Colony injuring at least 20 people in the early hours of Saturday. The driver of the bus absconded after the accident.

At about 3:22 am a call about accident near Sukhdev Vihar was received in Police station NFC. The police team rushed to the spot immediately.

“A UP roadways bus collided with a tree on Mathura road opposite CRRI office, near CNG pump. Bus was coming from Bah, Agra and enroute to ISBT Sarai Kale Khan. Many people were injured,” said R.P. Meena, DCP South-East Delhi.

A case of accident has been registered and investigation is in progress.

“The driver of the bus is at large. The Agra depot officials have been informed in this regard,” the officer added.