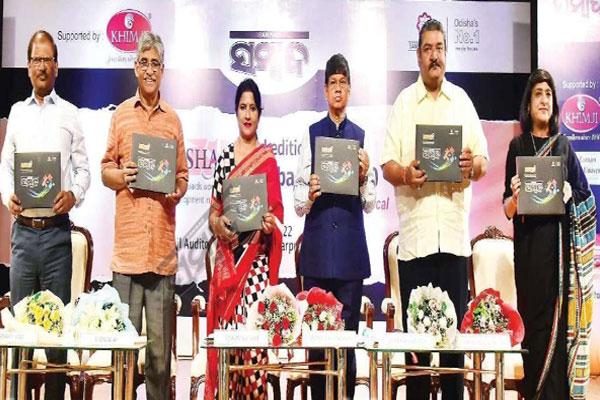 Bhubaneswar: “Anyone can be an entrepreneur only if they keep the mindset of an owner,” said Industries and MSME Minister Pratab Keshari Deb at the second edition of Sambad Odisha-50 at Rail Auditorium here on Wednesday.

Highlighting the progressive picture of Odisha in terms of women’s empowerment, Pratab Deb said, “In the recent times where women in several other corners of the country are kept hidden behind veils, women in Odisha, with their entrepreneurial skills, are becoming financially independent and also providing livelihood to others. This was late Biju Patnaik’s dream for the women of his state and Chief Minister Naveen Patnaik has turned it into reality.”

“The upcoming two decades are definitely in favour of Odisha,” the Industries Minister added. 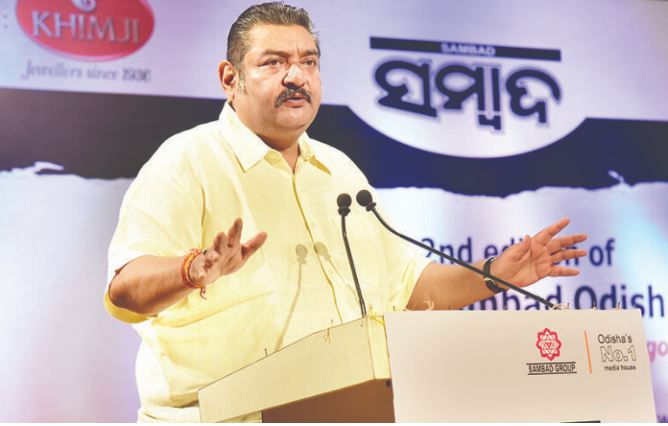 Sambad organized the concluding ceremony of the second edition of Odisha-50 rural women entrepreneurs’ conclave last evening. While Minister Pratab Deb graced the occasion as chief guest, BMC Mayor Sulochana Das was present as the guest of honour. Soumya Ranjan Patnaik (founder and editor of Sambad), Monica Nayyar Patnaik (Managing Director of Sambad Group) and Jagadananda (CYSD co-founder and former Information Commissioner)  were present among others at the event.

“By 2036, Odisha will become a leading state. It will be ahead of other states in fields of agriculture, education, industry and technology. However, this would require everyone’s cooperation. And Sambad in playing a major role in this process,” said Pratab Deb.

The Minister continued, “Women are doing small businesses, manufacturing and selling their product. Forest products are readily available. So, it’s essential that efforts must be made on ways to generate more income by processing it. Vishakha Company has started operations for this in Nabarangpur. Once the industry is established, it will buy and process all the maize. It will directly benefit the common men. Similarly, the government has started Food Pro. Big companies will come to the state and operate here. Unemployed youths will be self-reliant with more benefits from this. The next 10 years will be for Odisha and women will have to run the chariot.”

He also suggested that many entrepreneurs would benefit if Sambad opened a separate section and provided information to people who’re not aware of the various schemes for self-employment. 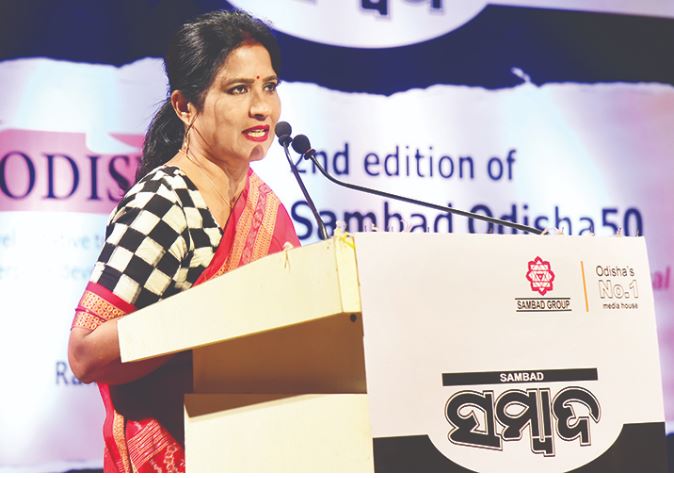 “Odisha has set an example in the field of women empowerment. Rainwater harvesting projects are being carried out by women in the Mukta Yojana. MCCs (Micro Composting Centres) are working efficiently. Be it restoration of wetlands or sewage management projects, all these responsibilities are being managed by women. I thank Sambad for all the efforts it has put in the path of women empowerment,” said Mayor Sulochana Das.

Jagadananda said, “We started Mahila Sanchaya Samithi in 1980 when SHG didn’t even exist. This has now developed into something bigger and the government has recognized it. When a woman, in today’s society, says she’s Director of a company and has hired CEOs, it demonstrates the confidence and courage with which they work.” 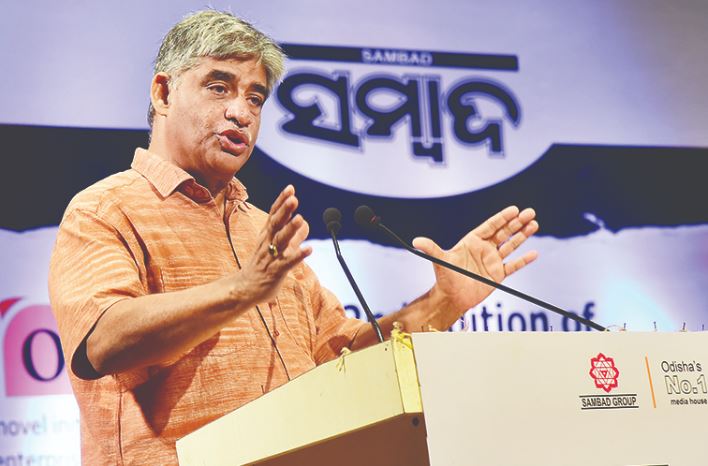 He talked in brief about Vision 2030 saying, “The initiative has been designed, keeping in mind, an image of how one would wish to see the society in 2030. No one would remain helpless and weak by then. And Sambad has a role to play.”

“Vision 2030 has been designed with how to see the society in 2030. Agenda 2030 states that a person will not remain weak. He said that this vision of 2030 will be possible if the people who are left out of development can be identified and included through this effort of news,” he added.

Soumya Ranjan Patnaik said, “The CM Naveen Patnaik’s vision was for 50% women to take leadership.  If Panchayat elections are to be considered, women in the state have achieved success beyond the expectation. Two things would ensure the empowerment of women—education for every woman and their financial independence. In order for women to be able to earn, efforts must be made on how they may get capital at government level, manufacture their products in minimum budget and get a good market for sale.” 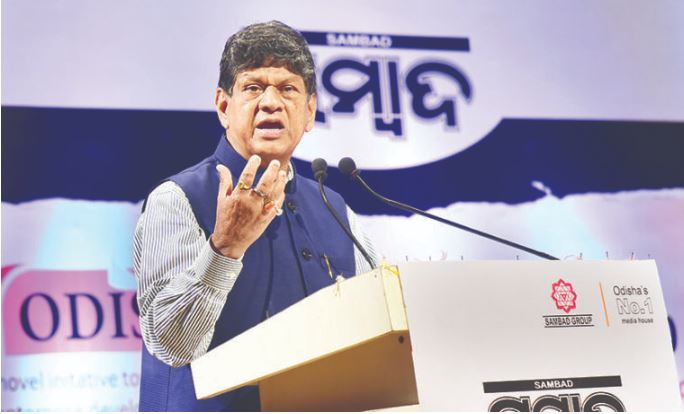 Monica Nayyar Patnaik said, “We started the ‘Odisha-50’ program in 2021. The Governor Prof Ganeshi Lal honoured us for it. Today, 90 women are being honoured. From them, we’ll learn their art of success. “ 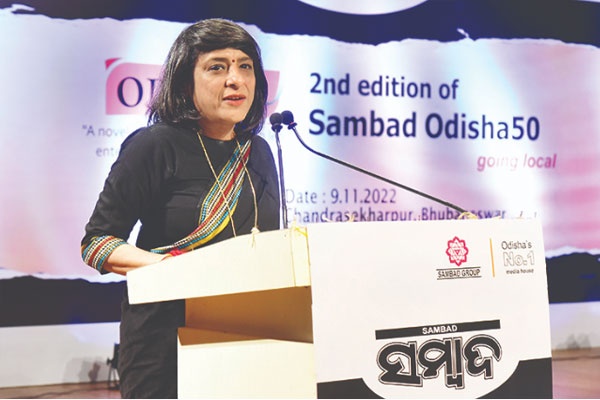 Talking about Sambad newspaper retaining the no.1 position, the MD of Sambad Group said that everyone’s co-operation is essential in the journey forward.

As many as 90 women entrepreneurs were awarded the “Sharda Seema Samman” at the event. Ama Odisha secretary Swaraj Mishra made the welcome address.