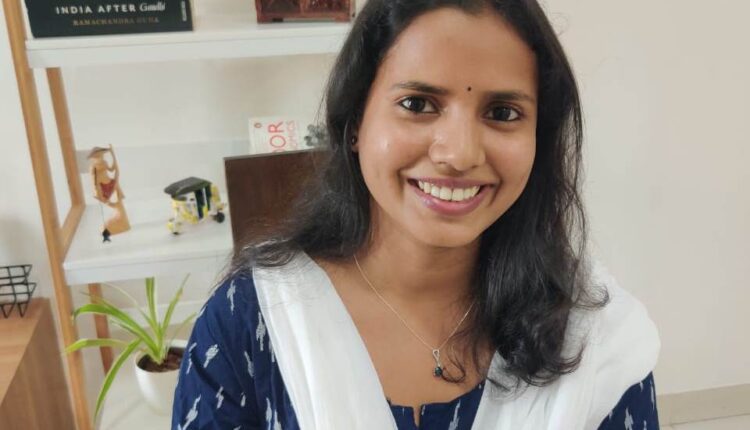 Bhubaneswar: If basic issues related to health, education and women are resolved, a society’s foundation can get stronger, said Sanjita Mohapatra, who secured 10th rank in the UPSC-2019 exam, results of which were announced today.

She is the only candidate from Odisha to have figured in the top 10 list of Civil Services Examination. The 27-year-old cracked the exam considered to be one of the toughest in the country in her first attempt.

“After a lot of effort and hardwork, it became possible. I got the news hardly half an hour ago and I am still trying to sink in. I am very happy,” a jubilant Sanjita expressed.

I had not expected any rank in the exam. It cannot be predicted as it is a subjective test. I just wanted my name to figure in the list, she said.

On preparations, she said, “I never counted how many hours I spent on study. Quality study matters. I followed a strict routine and set targets on daily basis.”

The young woman said that its time to return back to society for the assistance she had received from several people/organizations.

“Several NGOs, NRIs and the Trust of the school where I studied have helped me a lot financially. I would like to serve the society for this and the best platform is through administration,” Mohapatra added.

When asked about her work interest, she expressed that primary health centre is the first point of contact with people. “If healthcare is strengthened at primary level followed by secondary and tertiary care, then links will be reinforced. I will try to work in my district at grassroots level. Small initiatives can revamp the health sector.”

The Rourkela girl had secured second rank in the Odisha Civil Services Examination-2018. However, she had other plans. She continued her study to attain her ultimate goal – to crack the UPSC exam.

After graduating in Mechanical Engineering, she worked in the New Plate Mill of Rourkela Steel Plant (RSP). After working for almost five years, she quit job and later got married. However, that didn’t distract her from achieving her goal.

The UPSC today declared the results of UPSC-2019 where 829 candidates have been shortlisted. Pradeep Singh has topped the examination followed by Jatin Kishore and Pratibha Verma.