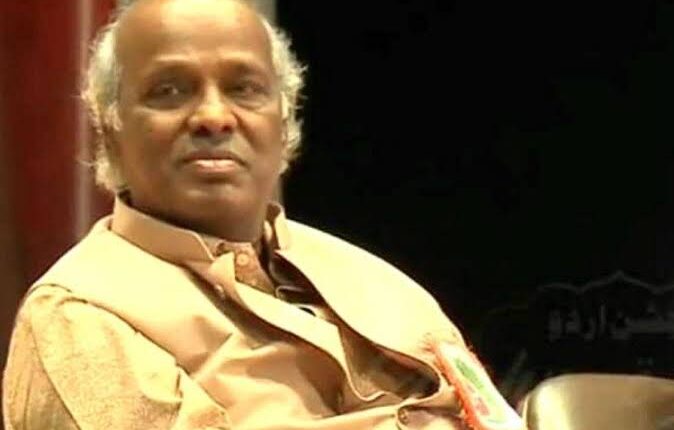 The 70-year-old teacher-turned-poet, who was being treated for COVID-19, died of a heart attack at a hospital in Indore, said Satlaj Indori, also a poet.

Indori, who recited couplets in a very expressive style, was admitted to the hospital on Tuesday morning after he tested positive for the disease.

“He was admitted for coronavirus treatment but died after suffering a heart attack,” Satlaj Indori told PTI.

In the morning, the lyricist-poet tweeted about his confirmed COVID-19 report and said he will keep everyone updated through social media.

“After initial symptoms of COVID-19, my coronavirus test was done yesterday which came out positive. Pray that I defeat this disease as soon as possible,” Indori said in his last post.

While teaching Urdu literature at IK College, he also became busy with ”mushairas” and started receiving invitations from all over India and abroad.

Congress leader Rahul Gandhi mourned the passing of “Indori Sahab” with a couplet.

Historian and author Rana Safvi termed the poets death a “huge huge loss to a fearless voice and to the world of poetry”.