US govt diverting its own vaccine-making materials supply to India: Official 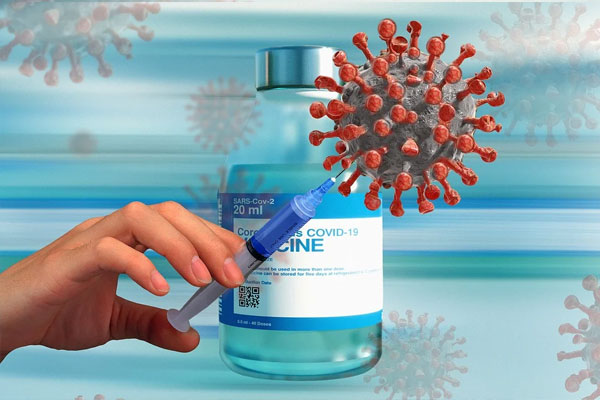 New York:  A senior US official has said that the government was diverting its own supply of Covid-19 vaccine-manufacturing materials to India “as the most effective and rapid step” to help it.

The official said that since President Joe Biden’s administration did not have the power to force US companies to fill the order from the Serum Institute of India, it was instead sending to India what had been contracted to it.

The official clarified that there was no ban as such under the Defence Production Act on exports of material related to the Covid-19 pandemic but US companies were required under the law to first fill US government contracts before others.

Since there is a global shortage of vaccine raw materials, the companies did not have enough to meet the orders for India as they had to fill US contracts, according to the official.

“Given that there is not enough of the supply for the entire global manufacturing effort and in light of the current crisis, we, the United States, are diverting our order to India,” the official said.

“As requested by the Government of India, we will be providing raw materials for the production of the AstraZeneca Covishield vaccine at the Serum Institute of India,” the official added.

One of the products identified by the official is the 36 millipore filter that would have been used in the US to make AstraZeneca vaccines, the official said.

The official said, “I want to be clear here that we did not intervene with the manufacturer to make them fill the Serum Institute’s order; we don’t have that power. Instead, what we are doing is diverting our own order of our own supplies to the Serum Institute for their manufacturing.”

“Because of the scope of the current situation in India and the state of our own production here at home, this was the most effective and rapid step we could take at this stage to provide support at scale,” the official said.

The US is in a comfortable position with 200 million — or nearly two-thirds of its population — having received at least one dose of a vaccine.

The official said that since there was only a prioritisation of supplies to the US government under the law and no formal export ban or embargo, US companies could — and have exported — Covid supplies after meeting US official contracts.

Under the Defence Production Act invoked by former President Donald Trump to meet the Covid-19 crisis, raw materials were contracted by the government, which then supplied them to vaccine manufacturers to enable them to meet their commitments to the US government.

Senior US officials briefed the media on condition that they not be named.

“We remember India’s generosity to the United States in the early days of the pandemic, when India offered medications to us as our hospitals were strained,” an official said.

Despite domestic criticism, India had sent about 50 million doses of hydroxychloroquine (HCQ) last April when Trump personally asked Prime Minister Narendra Modi to lift his ban on its exports. Some physicians said that in the desperate initial phase of the pandemic that HCQ could be a cure for Covid-19 or at least lessen its severity.

The official said, “As Americans, we have felt the devastating impact of rising Covid cases in India — this recent surge — among our family and friends. And, you know, the US and India have had the highest number of Covid-19 cases in the world. Our two nations have suffered greatly.”

While the US was ready to share its supply of AstraZeneca vaccines once the Food and Drug Administration (FDA) confirms they meet its standards, the official said that India has not asked for ready-to-use vaccines from the US.

About 10 million of the doses are on hand but they are not ready for sending abroad as the FDA was still reviewing the plant where they were made, the official said.

That plant made both the AstraZeneca and Johnson & Johnson vaccines and accidentally both were mixed while making some batches and 15 million doses were reported discarded. The rest are being scrutinised to ensure they are safe.

The official said that oxygen was a high priority for India and the Defence Department and the US Agency for International Development (USAID) were working on options to help India with it. “We might be in a position to reroute shipments,” the official said.

The Defence Department was also looking at providing field oxygen generation systems like those used in the US that can service 50 to 100 beds, the official said.

The State Department was working on options for contracting oxygen and cylinders, the official added.

The officials said that a “strike team” with Centers for Disease Control (CDC) Epidemic Intelligence Service officers and laboratory leadership service officers, is being deployed to India.

The team will work with India’s experts in areas like surveillance and epidemiology, sequencing the virus variant and vaccines rollout, officials said.