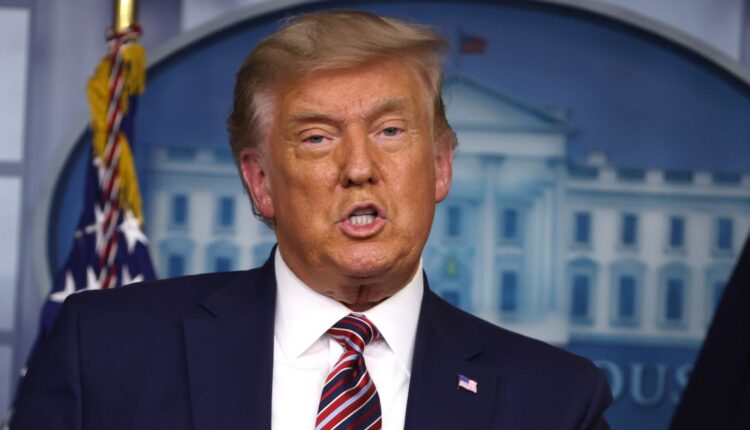 US President Donald Trump had finally agreed to leave the white house to have one condition in return. The BBC report stated that Trump would go of Joe Biden is formally confirmed as the next US president by the Electoral College.

Trump refused to accept that he lost the election battle with Joe Biden with a difference of such a huge margin of votes. He claimed that there were unsubstantiated claims of voter fraud. He repeatedly said that the poll was fraud this time and undeterred by the dismal impact of his lawsuits and challenges.  Joe Biden leads Trump’s 306 votes to 232 under the Electoral College system, which was used to pick up the next US president. The tally showed way more than the 270 needed to win and Biden also leads the popular votes by more than six million. Next month the electors will meet to formalize the vote with Biden due to the president’s sworn on 20th January.

The concern became serious when Trump refused to acknowledge the results’ outcome despite losing to Biden by such a wide margin in Electoral College votes. According to BBC reports on Thursday, when reporters asked Trump about his leaving the white house, he said- “Certainly I will, certainly I will and you know that.”

He further said that “if they do [elect Joe Biden], they made a mistake,” and suggested he may never accept defeat. It’s going to be a tough thing to concede because we know there was massive fraud”

Even earlier, Trump agreed to allow the formal transition to President-elect Biden’s team to begin, and with that decision, Mr. Biden was able to receive top security briefing and access key Government officials and million dollars of funds.

According to the American voting system, they don’t vote to elect their President directly; instead, they choose electors granted to the Presidential nominee that wins the popular vote in the state in a winner takes all system.