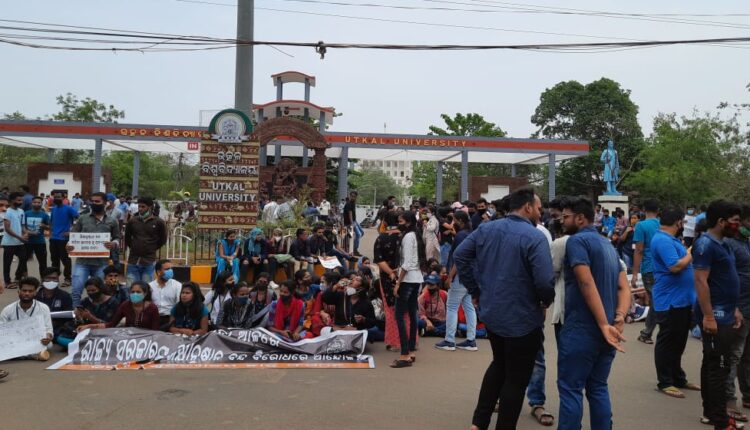 Bhubaneswar:  Hundreds of students of Utkal University today took to streets and blocked the NH-16 protesting against the BMC’s direction to educational institutions for vacating hostels  in view of COVID-19 resurgence.

Tension mounted as vehicular movement on the NH came to a standstill for a while due to the students’ unrest.

On the direction of Bhubaneswar Municipal Corporation (BMC), authorities of the university yesterday decided to vacate 14 hostels in the campus. Opposing the decision, the university students staged protest today. Holding placards and raising slogans, the students blocked the NH and later sat on dharna in front of university’s entrance. 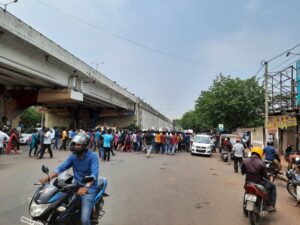 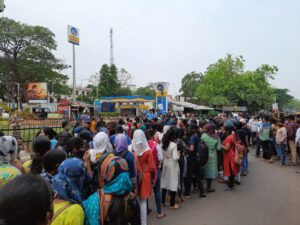 “No positive cases has been reported from any of our hostels yet. The administration still wants us to vacate the hostels. One year of our academic session has already been disrupted. We don’t want to ruin it any further. We are not leaving the hostels at any cost,” said a protesting student.

“No restriction has been imposed on election rallies and function of shopping malls and cinema halls yet. But students have been asked to leave hostels. Is the Government is in its sense?  The state Government needs to retrospect its decision,” said another protester.