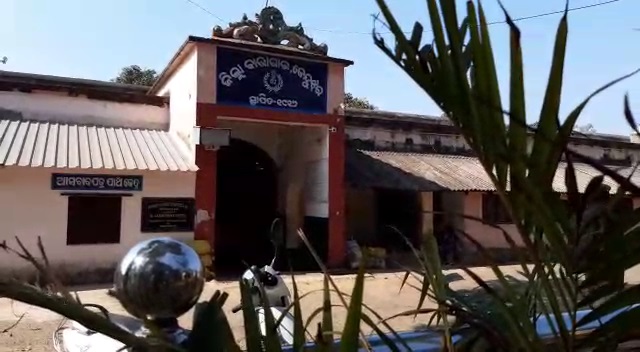 Keonjhar: In a shocking incident, an undertrial prisoner (UTP) died of heart attack in Keonjhar jail today reportedly after hearing news of death penalty awarded to an inmate accused in a rape case.

The deceased has been identified as Turi Munda. He was lodged at Keonjhar jail in a minor girl rape case.

According to reports, the 55-year-old undertrial prisoner went into a room of the cell after collecting his breakfast at around 10.50 am. While sitting on the ground to consume food, Munda suddenly fell down.

After the jail doctor attended to UTP, he was immediately shifted to district headquarters hospital (DHH), where the doctors declared him dead.

Munda, who hails from Mishramal village under Pandapara police limits, was booked under section 354(A), 354(B) of IPC and section 8 of Protection of Children from Sexual Offences (POCSO) Act.

The incident occurred a day after one of his inmates namely Sunil Nayak was sentenced to death by a special POCSO court in Keonjhar yesterday.

The accused might have died after being panicked over death penalty awarded to another inmate, who was also lodged here in a POCSO case, said Keonjhar Jail Superintendent Garib Sahoo.

However, the exact reason behind death of the UPT will be ascertained following investigation, he added.

Men in Blue take much ‘needed’ day-off before Cuttack ODI

These IAS officers quit their job to become entrepreneurs