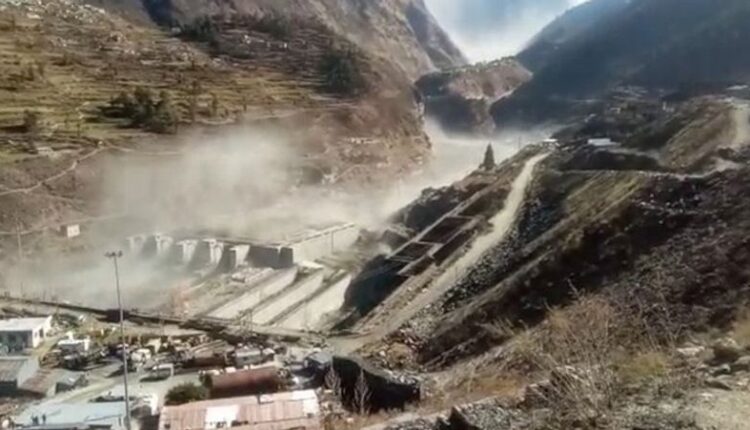 New Delhi: In the aftermath of the devastating floods that wreaked havoc in Chamoli district in Uttarakhand on Sunday, the state government on Tuesday said that its officials will be collecting DNA samples of the unattended recovered bodies.

“Till 7:30 p.m. on Tuesday, 32 bodies have been recovered, while 174 are yet to be traced. The DNA samples will be kept safe and on the basis of that, the bodies will be identified,” the state government said in a statement.

Of the 32 bodies, 25 have been identified, while 7 remain unattended. Rescue operation is underway to trace 174 more people.

Uttarakhand Chief Minister Trivendra Singh Rawat said, “Multi-agency operation is on at multiple sites of the state to trace the missing persons. From the Kedarnath disasterof 2013, the experience that we have gathered is that the DNA samples of the bodies’ have to kept safe for their identification in the future.”

The Uttarakhand government said that at the Tapovan Vishnugad hydroelectric project, rescuers have dug in and moved about 100 metres into a blocked tunnel in an effort to reach the persons feared trapped inside.

During the relief and rescue operations, 12 NTPC employees were rescued safely, while six others who sustined injuries have also been saved by the rescuers.

The Chief Minister reviewed the relief and rescue operations in the disaster-hit Lata village on Tuesday. He also inquired about the joint operation by other agencies, including the NDRF and the ITBP in the Tapovan tunnel.

One column of Engineering Task Force (ETF) of the Army along with rescue equipment has also been deployed in the area. The Army men along with ETF personnel opened the tunnel mouth at Tapovan. Besides, a team of scientists flown to Dehradun on Sunday night also visited the spot.

A state control room at Haridwar has been set up to coordinate with Uttarakhand government about the rescue and relief operations.