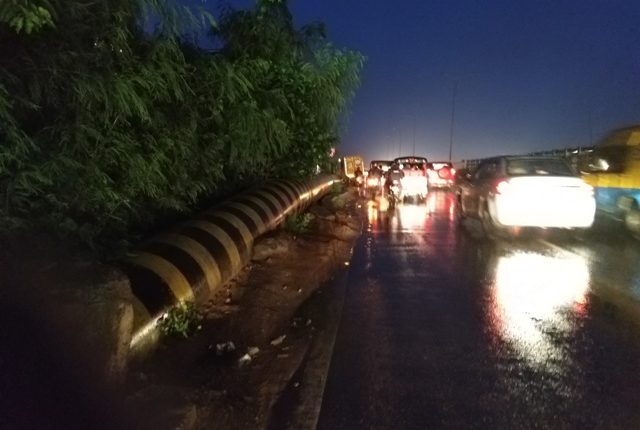 Bhubaneswar: Attention commuters! A railway overbridge (ROB) connecting between Satsang Vihar and Rasulgarh in the capital city will be temporarily shut from November for expansion work.

In view of ongoing tripling railway line project work between Barang and Khordha Road, authorities decided to suspend vehicular movement on railway overbridge at Vani Vihar reportedly for a period of one year.

During the expansion work of the ROB and tripling railway line construction work, vehicles enroute to Rasulgarh will commute via Mancheswar ROB and heavy vehicles coming from Khordha will be diverted from Pitapalli and move to respective destinations via Chandaka, Mendhasala and Barang.

A traffic plan in this regard has been approved by the Commissionerate police. The locals residing at a slum located near the railway line at Vani Vihar have been served notice by the Railway authorities to vacate the area for tripling line project, source said.

According to reports, the 18-mtere ROB will be expanded to 46 metre-length. The drinking water pipeline along the railway bridge will also be extended. A total cost of Rs 30 crore has been estimated for the project. The entire project work by Rail Vikas Nigam Limited (RVNL) will be carried out without making disruption in railway services on Vani Vihar route.

Source said that the plan was estimated in 2010 and the National Highways Authority of India (NHAI) was approached for the project. The Ministry of Railways had also sanctioned first phase of amount to the NHAI, which later denied to carry out the project.

The authorities decided to complete the ROB expansion work at Vani Vihar within a year. However, the project may get delayed amidst tussle between the NHAI and RVNL affecting the vehicular movement on the busy route.

Potholes in Odisha capital a ‘death trap’ for…