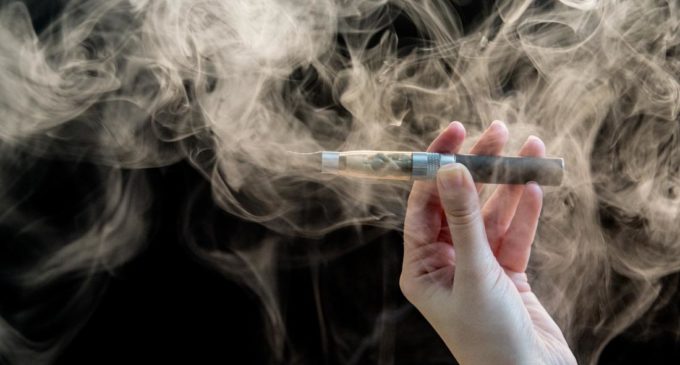 Washington: The US government released on Thursday its first smoking cessation report in 30 years, showing that there is inadequate evidence to conclude that e-cigarettes help quit smoking.

It is difficult to make generalizations about efficacy for cessation based on clinical trials involving a particular e-cigarette, according to the report.

E-cigarettes have long been embraced as a less harmful way to satisfy smokers’ nicotine addiction, but all-time high youth vaping in the country has prompted calls for action to stem their use, the Xinhua news agency reported.

A total of 3.6 million middle and high school students report that they used e-cigarettes in 2018, according to the US Centers for Disease Control and Prevention. The U.S. Food and Drug Administration (FDA) proposed premarket applications for all flavoured e-cigarette products that continue to be sold by Aug. 8, 2021.

The FDA suspended this month the sale of cartridge-based e-cigarettes in flavors other than tobacco or menthol.

Parents remain in the dark when kids use e-cigarettes

Also, the report said cessation medications approved by the FDA and behavioural counseling could increase the likelihood of successfully quitting smoking, particularly when used in combination.

More than three out of five US adults who have ever smoked cigarettes have quit. However, less than one-third use FDA-approved cessation medications or behavioural counseling, the report said.

Cigarette smoking among American adults is at an all-time low (14 percent), according to the report. However, it remains the leading cause of preventable disease, disability, and death in the United States. Approximately 34 million American adults currently smoke cigarettes.