Variations in monsoon may lead to food insecurity: Experts 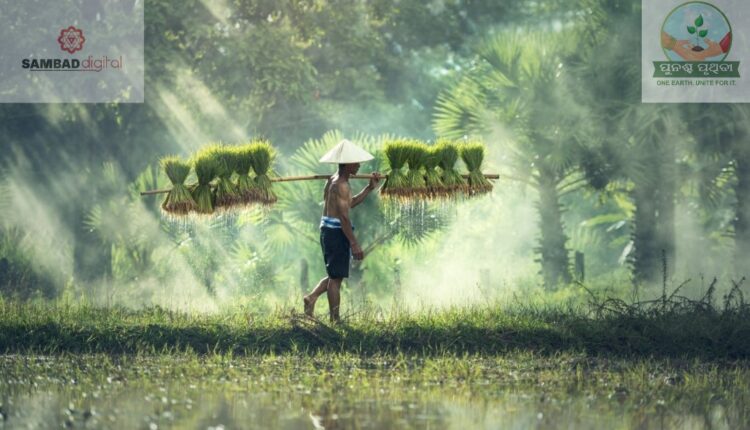 Bhubaneswar: In view of fluctuations in monsoon and sluggish seasonal rain in many regions, experts have warned of food insecurity for the country this year.

The monsoon variability may impact food grain production in the country if the farmers are not provided timely weather inputs and training for better farm practices.

In India, farmers mostly depend on monsoon rainfall for crop production. With variability of monsoon and temperature, the food grain production is likely to be seriously affected this year.

Experts said that the southwest monsoon arrived three days early over Kerala. The progress delayed over central and many parts of south peninsular India. Taking the erratic nature of the monsoon into account, the farmers have changed crops replacing traditional yields with cash crops, vegetables with shorter crop life or horticulture for profits.

Earlier in March, the northwest parts of the country had experienced unprecedented heatwave, which is another factor to impact food production.

At a webinar, the experts pointed out the factor and suggested some measures to improve food production.

“Even one per cent change in monsoon rainfall will result in 0.34 per cent change in India’s agriculture-driven GDP. A normal monsoon can increase GDP from the transport, storage, trade and communication sector by 1% and 3% in the agri-dominated states. Our electricity generation can decrease by 13% in case of weakened monsoon. Hydroelectric power constitutes 40% of the power sources that can also be impacted,” said Abinash Mohanty, programme lead, Risks & Adaptation, Council for Energy Environment & Water.

He said that the country needs to change its approach from relief centric to response centric and that can only be possible when the farmers are provided accurate weather information and inputs about impact of the climate on crops and the measures need to be taken in short, medium and long run.

The experts in the webinar highlighted the ongoing Russia-Ukraine war that gives a clear message to the world to prioritize food security.

Analysing the monsoon activities, they said that the rainfall deficit may increase food prices, which are already skyrocketing across the globe.

Meanwhile, the India Meteorological Department has predicted deficit rainfall during this monsoon.

Detailing the variations in monsoon precipitation this year, senior weather scientist RK Jenamani of IMD said that Easterly winds, which are responsible for bringing monsoon rains, have completely disappeared in June. This phenomenon may cause rainfall deficit in most parts of the country.

“We are witnessing southwesterly winds, which have taken rains from Odisha, West Bengal and Jharkhand to northeast India. We are not expecting easterly winds for the next 4-5 days as well, which is a cause of worry for the northern region. Monsoon rainfall variability is very high as we can see that northwestern plains, along with central and southern states are deficit by large margins, while northeastern regions are in large surplus,” Jenamani said.

Not having a coach during 1983 World Cup worked to our advantage: Kris Srikkanth