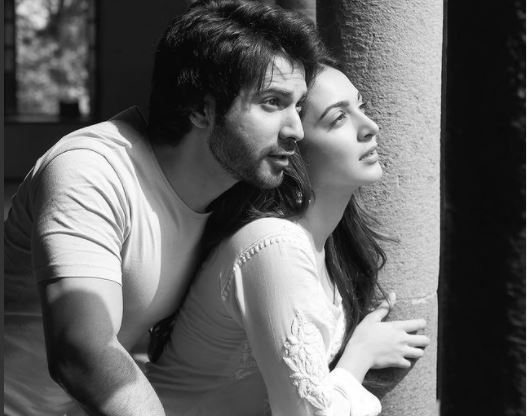 Mumbai: Varun Dhawan, who will be seen opposite Kiara Advani in the comedy drama ‘Jug Jugg Jeeyo’, has wrapped up the second last schedule of the film along with Kiara. The two have been keeping busy with the shoot of the film, for quite some time, which stars an ensemble cast of Anil Kapoor, Neetu Kapoor, Maniesh Paul and Prajakta Koli.

Varun took to his Instagram to share a monochromatic picture of himself with Kiara, as he wrote, “Ek hi balcony thi Looking forward to the final schedule as we wrap this one! #jugjuggjeeyo Missing the family @anilskapoor @neetu54 @mostlysane @manieshpaul.”

Varun’s friends and stars like Katrina Kaif, Arjun Kapoor and Anil Kapoor reacted and commented on the post. While Katrina wrote, “The one together. After the balcony solos”, Arjun pulled their legs as he commented, “I just want to know what you both were staring at?” Anil Kapoor reciprocated Varun’s sentiments as he wrote, “Missing you’ll too”.

Talking about ‘Jug Jugg Jeeyo’, the film produced by Dharma Productions is being directed by Raj Mehta, as the principal photography commenced in Chandigarh last year.