Vehicles collide due to fog in Odisha’s Sundergarh; one dead 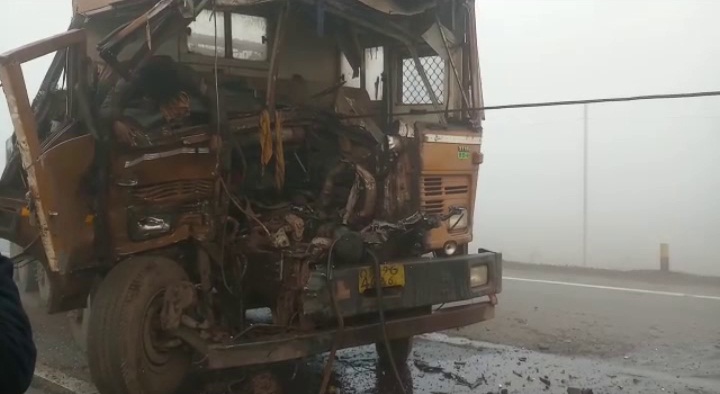 Sundergarh: One person was killed and two others were injured after heavy vehicles collided due to fog near Gadaposh Chhak under Kutra police limits here this morning.

The deceased was identified as a driver of a Hyva. The injured persons have been admitted to the Kutra Community Health Centre (CHC).

According to reports, the incident took place in the wee hours when visibility was low due to dense fog cover. A number of vehicles including a Hyva and pickup truck collided with each other.

A Hyva driver died after he was trapped in the vehicle.

On receiving information, police along with ambulance and fire tender reached the spot and recovered the body from the vehicle.

They rescued the injured persons got stuck inside the vehicles in the mishap and rushed them to the Kutra hospital for treatment.

It is suspected that high speed and low visibility might have led to an unfortunate accident.

road accident due to fog