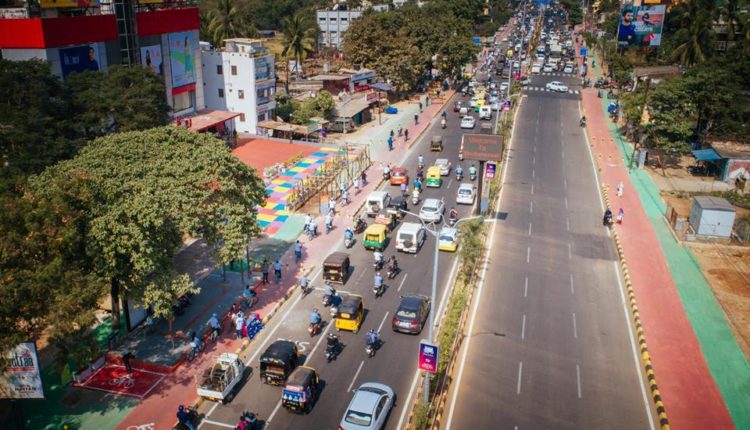 Bhubaneswar: With relaxations for public movement during Lockdown 4.0, traffic flow was visible on the main thoroughfares here and majority of employees reported for work at government and private offices.

Apart from wearing masks while stepping out and maintaining social distancing, there are no major restrictions on the movement of people during the day though night curfew will continue till May 31, an official said.

A large number of auto-rickshaws were on the streets and private vehicles were asked to take fewer passengers than its capacity for maintaining social distancing.

“We are not in favour of operating autos as only two passengers are allowed in a trip. This apart, fear of the disease is also there. We wanted to resume service after May 31. But some of our members have descended on the streets because of financial constraints,” said P K Samal, the leader of All Odisha Auto Association.

“We have placed certain demands before the government and they have not been addressed. Therefore, we are not operating buses though the government has allowed movement of commercial vehicles,” Nayak said.

Meanwhile, according to an order issued by the general administration department, official work in all departments and sub-ordinate offices resumed fully and a majority of employees attended their office on Tuesday.

However, the order said that employees with symptoms of SARI/ILI (Severe Acute Respiratory Infection/ Influenza Like Illness) should not attend office and apply for leave.

Government employees residing within the containment zones were also prohibited from attending office.

The controlling officers in all the departments were directed to enforce proper social distancing protocol.

“In case, the same (social distancing) is not feasible owing to lack of office space, the department may resort to roster arrangement so that government work does not suffer,” the order said.

Shops except malls and mega shopping complexes also started operation and there was sizeable footfall in Unit-1 Haat, the major daily market in the state capital.

Owners of small hotels and restaurants were making preparations as the government has permitted them to open kitchens for take away/home delivery of food items.

People came out in large number to buy essentials keeping in mind the extremely severe cyclonic storm ”Amphan”, which is moving closer to the coast.

Wait is not over yet! These malls in Odisha capital not to…