Vehicular movement halts in Odisha due to nationwide stir 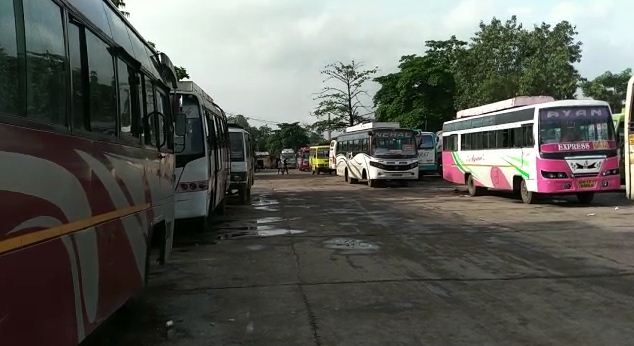 Bhubaneswar: Passengers and commuters suffered inconvenience today due to the strike called by All Odisha Transport Workers’ Federation across the state as a part of the nationwide stir by transporters.

While many buses remained off the roads, plying of trucks also stopped which is likely to affect transportation of essential commodities and goods.

All Odisha Taxi and Auto-Rickshaw Association has also extended its support to the nationwide strike.

The federation has called the strike to protest Motor Vehicles (Amendment) Bill, 2016, which seeks an amendment to the Motor Vehicles Act, 1988. It was cleared by the Lok Sabha recently.

If the amendment bill comes into force, the vehicle owners, drivers as well as the insurance companies will face serious losses, said the federation.

Notably, the Motor Vehicles (Amendment) Bill, 2016, is expected to be passed in the Rajya Sabha in the monsoon session of Parliament. With clearing of the amendment bill, the manufacturers could be fined as much Rs 100 crore if their vehicles are found to be causing harm to the environment.

The amendment empowers the Centre to make rules for regulating the recall of the motor vehicles that are declared unsafe to the environment.