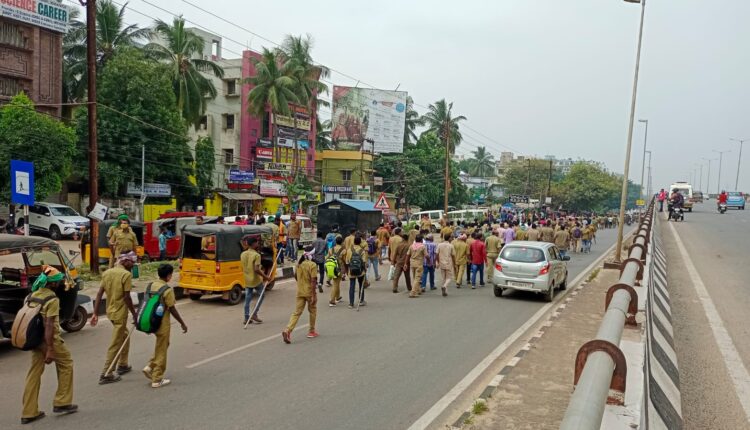 Bhubaneswar: Vehicular traffic in Odisha capital came to a grinding halt today after thousands of drivers from various districts hit the streets here pressing for a 10-point charter of demands.

The activists, under the banner of Odisha Driver Mahasangha, arrived in the capital city early this morning to take out a Padayatra from Palasuni here. Clad in ‘uniform’ and holding banners and sticks, the protesters were heading to the CM’s residence to draw his attention towards his demands. This has resulted in heavy traffic jams at several places in the capital city since morning.

Their demands include COVID Warrior status to all drivers, provision of allowance and pension after 60 years of retirement age. They also demanded extension of validity of their driving license. 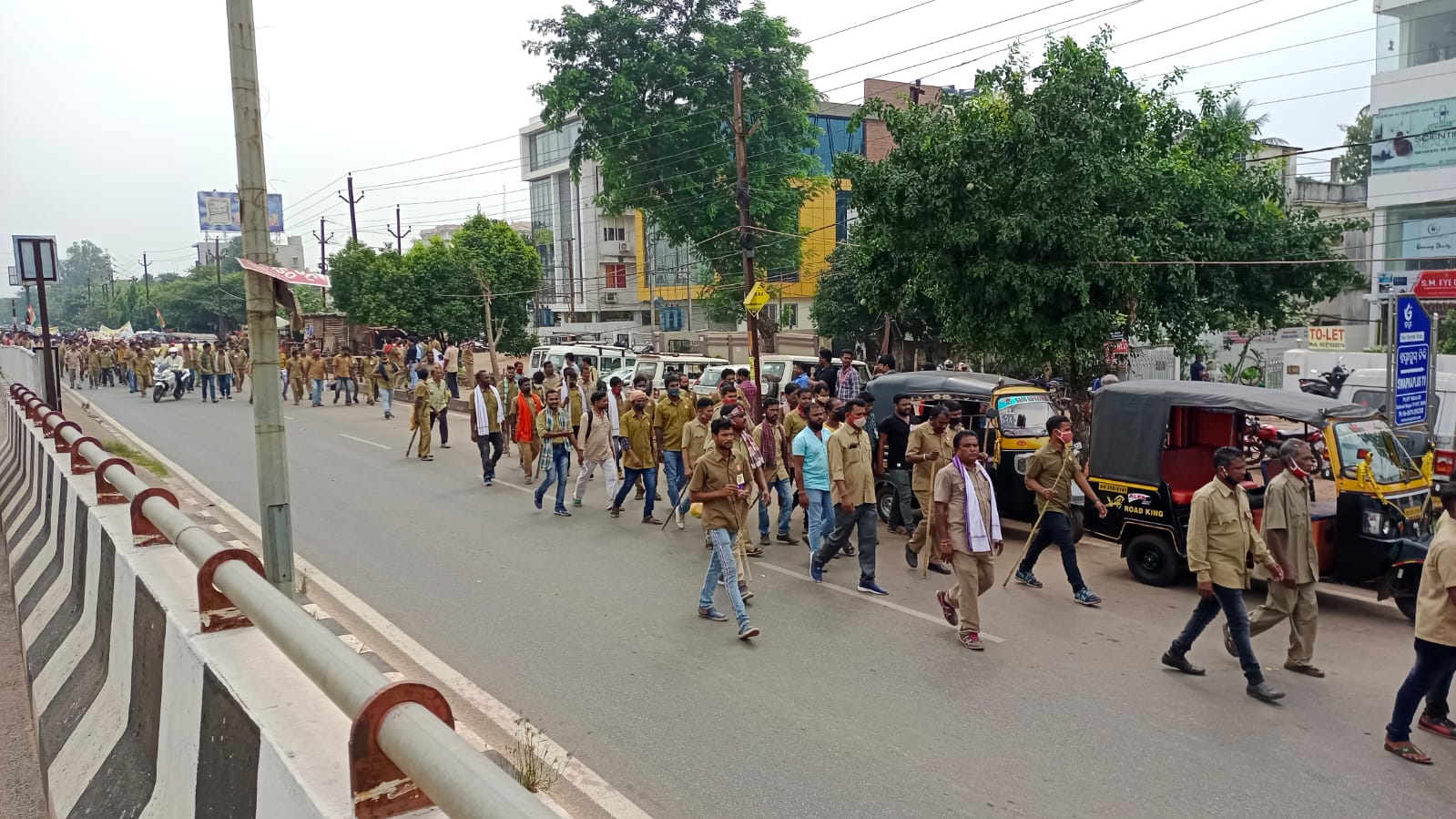 Seeking a special provision for their security, the drivers demanded Rs 20 lakh insurance coverage in case of accidental death and Rs 10 lakh for critical injuries.

“Earlier, we had placed our demands before respective district Collectors addressing the Chief Minister. We decided to stage a mass protest in the state capital as our demands went unheard,” said a member of the body.

Meanwhile, security has been beefed up near Naveen Niwas to avoid any unpleasant situation during the protest rally.