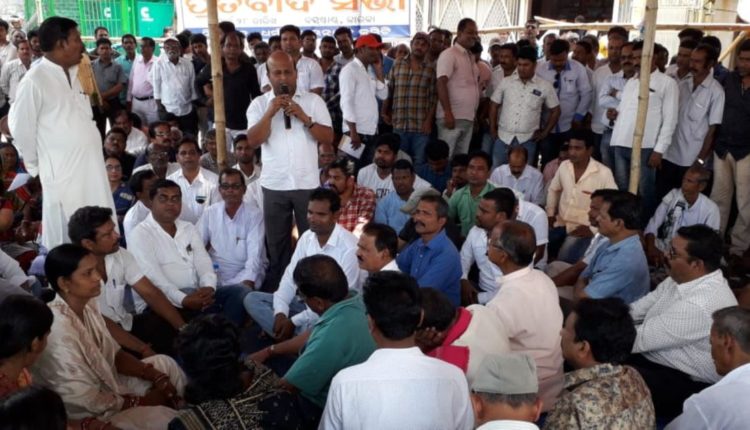 Jajpur: Vehicular movement on national highway-16 in Jaraka area of Jajpur district was disrupted today after locals blocked the road demanding construction of a flyover at Jaraka Square.

Hundreds of vehicles were stranded on both sides of the road due to the blockade. Besides, shops and other business establishments remained closed due to the protest.

“We have been demanding for construction of an over-bridge at Jaraka Square in view of rising road mishaps on the stretch. However, the NH authorities have decided to construct a flyover in another location for which we resorted to strike today,” said an agitator.

Later, Dharmasala police reached the spot and were trying to pacify the protesters till last reports came in.