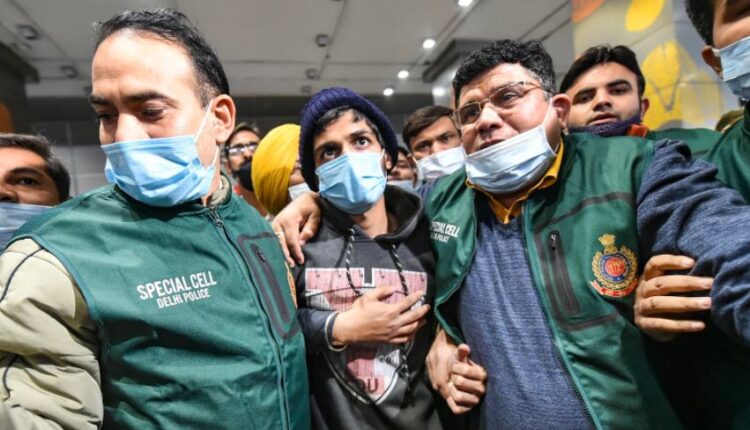 Bhopal: Neeraj Bishnoi, the alleged creator and main conspirator of the derogatory ‘Bulli Bai’ app, who was arrested by the Delhi Police from Assam, has been suspended from his college here.

Bishnoi, a second year B.Tech student at Vellore Institute of Technology (VIT), was suspended by the college management hours after the news of his arrest broke out.

“Niraj Bishnoi, studying B.Tech since September 2022 via online, has been arrested by Delhi police in connection with his alleged involvement in ‘Bulli Bai’ app case. Accordingly, he (Bishnoi) is suspended with immediate effect from the University until further notice, in view of bringing disrepute to the University and defaming the name of the institute,” a notice issued by the Vice Chancellor of VIT, said.

Bishnoi was, allegedly, targeting Muslim women by uploading their doctored photographs, without their consent, and was arrested from Jorhat in Assam by Delhi Police on Thursday.

The 20-year-old, who is now in police remand in Delhi, had also created the ‘Bulli Bai’ Twitter handle. As per Delhi Police, after creating the content, he forwarded the Twitter handle to others in his network to share it.