Veteran Bangla actor Soumitra ‘not responding at all’: Medical board head 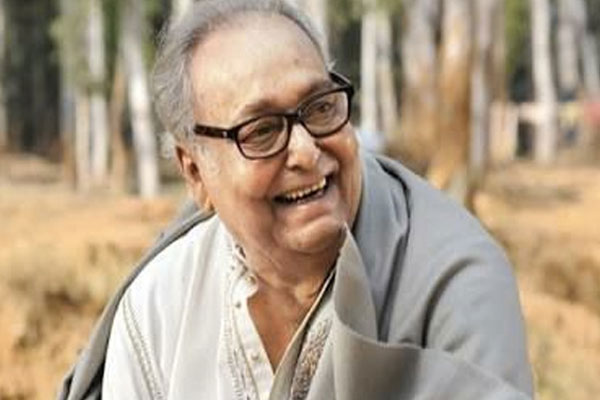 Kolkata: Veteran Bengali Actor Soumitra Chatterjee’s health condition is “extremely critical” and he is “not responding at all” to treatment, said critical care expert and head of the medical board at Kolkata’s Belle Vue Hospital Arindam Kar.

The octogenarian actor’s health condition “extremely” deteriorated over the past 48-hours.

“The team of doctors including neurologist, nephrologist, cardiologist, those from critical care medicine, infection disease specialist, both from public and private sectors, every one has put their effort to get the legend back from the critical stage, but it is not working,” said Kar.

He said that the doctors have tried really hard to “revive” Soumitra to a better state. “We are very sorry to say that he is not responding at all.”

The 85-year-old Dadasaheb Phalke awardee has been admitted in the Intensive Care Unit (ICU) of Kolkata’s Belle Vue Hospital for almost 40 days and his consciousness level went down significantly Since Friday. The condition of the veteran actor was a matter of concern owing to co-morbidities and advanced age. His key problem was Covid-19 encephalopathy, doctors said.

Soumitra Chatterjee tested positive for coronavirus on October 5 and got admitted to the hospital the very next morning.

He was shooting for a documentary titled “Abhijan” directed by actor Parambrata Chattopadhyay. Last time he attended the shooting floor at Bharatlaxmi Studio was on October 1. The next shooting schedule was fixed on October 7.