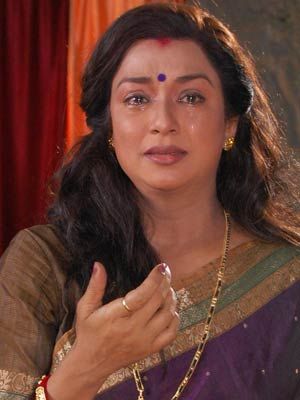 Bhubaneswar: The 28th Odisha State Film Awards which was announced here today left veteran actress Mahasweta Ray saddened despite being declared as a winner in one of the categories.

The 55-year-old actress has won the best supporting actor for ‘Dele Dhara Katha Sare’ but she said her role in Sambalpuri language film ‘Chini’, which was adjudged as the best feature film this year, was far more deserving from all aspects.

Expressing unhappiness over the announcement, the seasoned actress said she wants to know on what basis she was selected for ‘Dele Dhara Katha Sare’.

Ray, who has made her debut with ‘Sesha Shrabana’ in 1976 and acted in over 100 films, has won state film awards for best actress for several times in the past.

Meanwhile, the jury committee members denied any pressure while selecting the winners and claimed that process was clean and transparent.

“Those in the jury were very qualified and experienced people and made the selection without any prejudice or biases but completely on the basis of merit,” said Chairman of the Jury committee and former Odisha DGP, Bipin Bihari Mishra.

The same was reiterated by State Culture Minister Ashok Chandra Panda, whose department gives the awards, by saying they have chosen the winners unanimously and on merit basis.

Notably, the State government has announced various awards in 27 categories this year.

‘Chini’ will get the Mohan Sundar Dev Goswami Samman in the best film category.

This pic brings back memories of Odisha’s pigeon mail service

Crop damage in 3.84 lakh ha due to unseasonal rain in Odisha