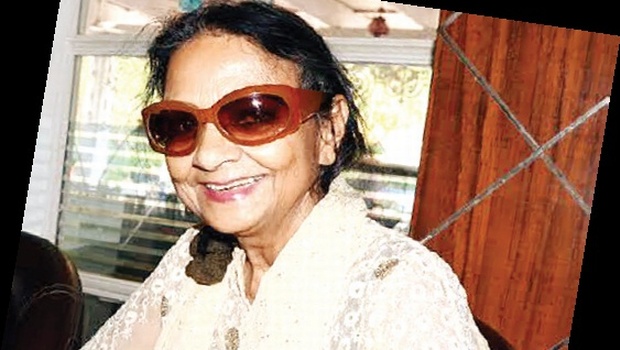 Ghose was admitted to a private hospital at around 12.30 am on Sunday after she complained of uneasiness. She breathed her last after few minutes. She was 85.

Following demise of the actress, entire Ollywood mourned and the dignitaries in the cine industry rushed the hospital to pay last respect to the departed soul.

Chief Minister Naveen Patnaik expressed grief over the demise of Ghose and announced State funeral for her.

Born on March 28, 1933 in Cuttack, Parbati was an actor, director and producer. In the early days of Odia cinema, she single-handedly took Odia cinema to a new level. She had made her debut as a child artist in the film ‘Shri Jagannath’ in 1950 when she was only 16. The actress is remembered for her several characters in the films ‘Amari Gaon Jhua’, ‘Bhai Bhai’, ‘Maa’, ‘Laxmi’, ‘Stree’, ‘Kaa’ and ‘Sansara’.

Before tying the knot with her co-actor, producer and director Gaur Prasad Ghose, the national award winning actress was known as Chapala Nayak in Odia films. She had bagged national awards for the films ‘Laxmi’, ‘Kaa’ and ‘Stree’.

She was best known for her character Saria in the film ‘Chha Mana Aatha Guntha’ (1986), her debut as the director. The film was based on the 19th century novel by Fakir Mohan Senapati.

‘Salabega’ (1998) was her last film as the producer and director. She had also made two telefilms for Delhi Doordarshan ‘Prasna’ and ‘Sopaan’.