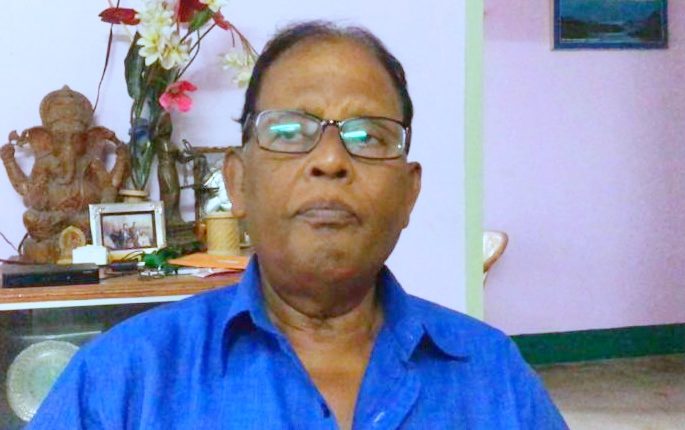 Bhubaneswar: Former MLA of Balasore Sadar and trade union leader Arun Dey passed away today evening while undergoing treatment at a private hospital in Bhubaneswar. He was 76.

Last month Dey was admitted the Balasore district headquarters hospital after he suffered from cold and complained of difficulty in breathing. When he tested positive for Covid-19, he was shifted to the private hospital in Bhubaneswar on July 9.

The veteran leader had last contested assembly election from Balasore in 2014 on an Indian National Congress (INC) ticket. However, he lost to Biju Janata Dal’s Jiban Pradip Das by a huge margin.

Dey termed as party hopper had joined the BJD for only 10 days after being denied ticket to contest either Lok Sabha or assembly polls. He left the party ahead of the polls and joined the grand old party – Congress.

Prior to that, Dey had contested the 2009 Lok Sabha polls unsuccessfully on NCP ticket from the Balasore segment. As NCP had a seat sharing arrangement with BJD during 2019 polls, Dey was hopeful to get the ticket based on this earlier equation.

The five-time legislator has won thrice on CPI ticket, once as Independent and once on Odisha Gana Parishad (OGP) ticket.