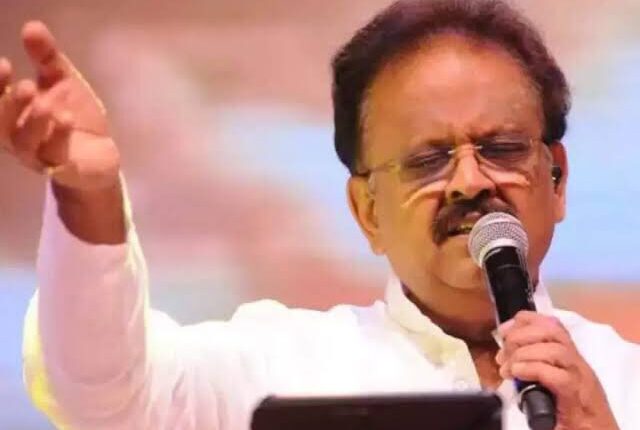 Chennai: Veteran playback singer SP Balasubrahmanyam passed away while undergoing treatment at MGM hospital here today. He was 74 and is survived by wife and two children.

Balasubrahmanyam had been hospitalised since August 14 after being tested positive for COVID-19. He was on life support measures  for severe Covid-19 pneumonia. However, he  died due to cardio-respiratory arrest.

In a statement issued on Friday the hospital said: “In a further setback this morning, despite maximal life support measures and the best efforts of the clinical team, his condition deteriorated further and he suffered a cardio-respiratory arrest. With profound grief, we regret to inform that he has passed away on September 25 at 13.04 hours.”

“S P Balasubrahmanyam was admitted at MGM Healthcare on August 5.  He was on ECMO and other life support measures. His condition deteriorated in the last 24 hours ,” a statement issued by the hospital late last night said.

Balasubrahmanyam had made his debut as a playback singer  in December 1966 with Sri Sri Sri Maryada Ramanna, a Telugu film scored by his mentor SP Kodandapani. He recorded over 40,000 songs in 16 languages over a period of five decades.
The legendary singer has several Bollywood songs  to his credit. In 1989, Balasubrahmanyam was the playback singer for actor Salman Khan in the blockbuster movie ‘Maine Pyar Kiya’. The soundtrack for the film was very successful and he won a Filmfare Award for Best Male Playback Singer for the song ‘Dil Deewana’.
(With Agency Inputs)
singer SP Balasubrahmanyam criticalSP BalasubrahmanyamSP Balasubrahmanyam COVID-19 positive
Share FacebookTwitterGoogle+WhatsAppTelegramEmail