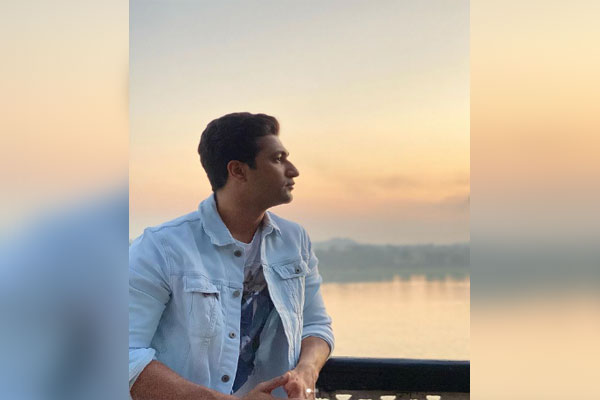 Mumbai:  Bollywood heartthrob Vicky Kaushal shared a picture enjoying the sunset on the banks of the Narmada river.

Vicky posted the pictures on Instagram. In the images, the actor looks dapper in a classic white denim jacket and an off white T-shirt as he looks towards the setting sun.

In the second photo, Vicky’s back is towards the camera as he is seen admiring the stunning view.

“Narmada,” he wrote as the caption.

Talking about his upcoming slate of work, Vicky had shared the first look from his upcoming film “The Immortal Ashwatthama”. Written and directed by Aditya Dhar, the film is expected to go on floors later this year.

The National Award-winning star was last seen in the horror film “Bhoot Part One: The Haunted Ship”. He is currently busy with Shoojit Sircar’s “Sardar Udham Singh”, where he plays the titular revolutionary.

He will also be seen as Aurangzeb in Karan Johar’s upcoming directorial “Takht”. The historical drama revolves around Mughal emperor Aurangzeb and his brother Dara Shikoh, and their fight for the throne.

Apple may discontinue iPhone 12 mini in Q2 this year: Report

Insecurity is a human thing, should be embraced: Vicky…