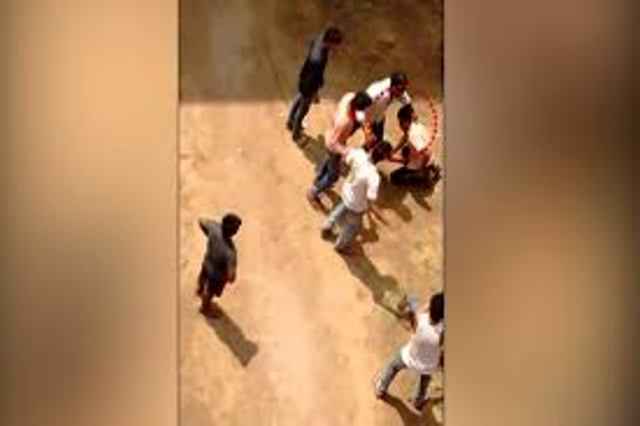 Cuttack: A shocking and shameful incident of ragging of a junior student by his seniors in Odisha’s prestigious Ravenshaw University has come to fore after a video of it went viral on social media platforms.

The video shows some youths kicking a student who has been made to kneel down near the Lalitgiri Hostel in the varsity campus today.

According to reports, while a former student of the Ravenshaw Junior College had come to check the merit list for admission to Plus Three courses, he was dragged by some senior students and thrashed.

The video which is of 50 seconds duration clearly shows about eight students showering blows and kicks on a student who is kneeling on the ground.

The victim, speaking to the media, claimed that the accused persons had subjected him to such torture due to a previous enmity.

He said that while he was a Plus Two student in 2015, they had subjected to similar torture. He further said that he had complained about them then and now they were taking revenge.

The victim claimed that he has lodged a complaint with the police at the Mangalabag police station in this regard and was taken by the police for a medical examination.

The varsity’s Vice Chancellor Prakash Chandra Sarangi has, however, claimed that he hasn’t received any written complaint in this regard. He said if he receives a complaint he would conduct an inquiry and take appropriate action.

According to the latest reports, police have registered a case against ten students under sections 341, 323, 506, 34 of the IPC.