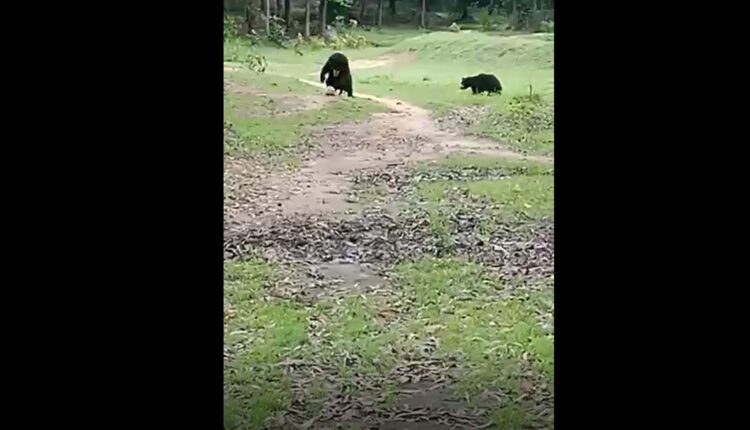 Umerkote: It was an entertaining Sunday for locals of Sukhigaon village in Umerkote area of Nabarangpur district with a spectacular football match played by two wild bears.

Seems like the wild bears were given a wild card for the football event and grabbed attention of spectators as well as players.

According to reports, the two wild bears suddenly entered the playground while children were playing a football match in an open field at Sukhigaon village this morning.

After seeing bears, the frightened children fled from the area leaving the match midway.

However, the wild bears started entertaining the spectators following departure of children. They kicked the football their own way and enjoyed the game. A few locals captured the rare sight through their smartphones and posted on social media.