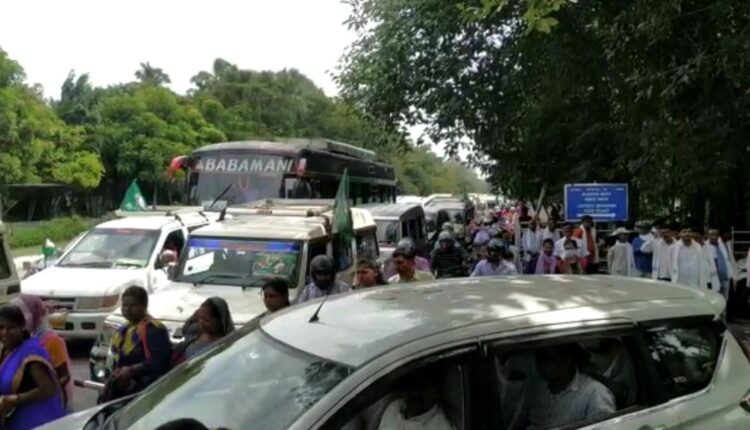 Bhubaneswar: It was a harrowing experience for thousands of commuters in Odisha capital today as traffic jam paralysed vehicular movement while the Biju Janata Dal (BJD) workers were gearing up to welcome Odisha Chief Minister and party supremo Naveen Patnaik at the airport here.

Over 50,000 BJD workers thronged the capital city to give a rousing welcome to Patnaik, who returned from Delhi after receiving a lifetime achievement award from Capital Foundation Society.

Traffic movement on major roads of the city was severely affected due to influx of such a large number of people with vehicles. This apart, traffic restrictions were also imposed in various routes.

An ambulance got stuck in the traffic jam near AG Square while many were seen getting late for reaching offices.