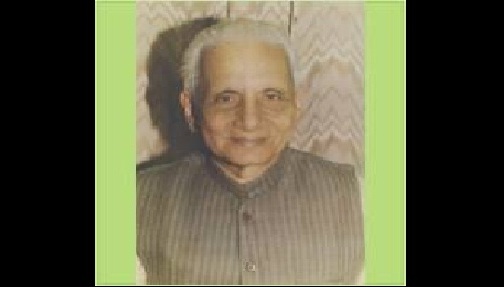 ‘Vidyapati’, a popular character from the legend of Sri Jagannath, won the heart of ‘Lalita’, the daughter of Tribal Chief Biswabasu and, through her, succeeded in locating Neela Madhav in the forest. That is the storyline of the second Odia film ‘Lalita’ made in 1948. The actor playing the role of Vidyapati in the film was the second son of Pandit Godavarish Mishra, a renowned freedom fighter who served as the Education Minister of Odisha from 1941 to 1944. As luck would have it, the Vidyapati of ‘Lalita’ became a front line politician of the State landing up in Rajya Sabha for 3 terms in a row from 1960 to 1978. His name is Lokanath Mishra.

1948 was an eventful year in Odisha politics with a lot of excitement on account of merger of Princely States with the Province of Odisha. That is the time when two men from the royal family of Dhenkanal, one of the erstwhile Princely States, Sesha Pratap Singhdeo and Gourendra Pratap Singhdeo were producing the film ‘Lalita’ under the banner of ‘Great Eastern Movietone Pvt Ltd.’ Kavichandra Kalicharan Patnaik, a renowned theatre personality of that time, was in charge of story, screenplay and lyrics. It was he, who succeeded in roping in Lokanath Mishra to play the role of Vidyapati in the film.

While the film was a moderate success, Lokanath did not pursue his career in acting. He was more interested in politics. After the death of Pandit Godavarish Mishra in 1956, he formally joined ‘Ganatantra Parishad’, a state-level political party formed by Rajendra Narayan Singhdeo. Ganatantra Parishad was doing quite well at that time and Lokanath Mishra was working as the Managing Editor of the newspaper ‘Ganatantra’ founded by Singhdeo. In 1957 Assembly elections, the party wanted to give the ticket for Banapur constituency held by Godavarish to one of his family members and it went to Lokanath’s elder brother Raghunath Mishra who won from there. Ganatantra Parishad bagged 41 seats in the 140 member assembly. But it was the Congress Party which won 56 seats formed the government with the help of Independents and Jharkhand party which could continue for barely 2 years. Eventually, a coalition ministry of Congress and Ganatantra Parishad came up in 1959 with Dr. Harekrushna Mahatab as Chief Minister and Rajendra Narayan Singhdeo in the  number two position in the Cabinet. This is when an election to Rajya Sabha was held and Lokanath Mishra was elected to Rajya Sabha for the first time in 1960. Others who won that election are Biswanath Das, Nanda Kishor Das and Bairagi Dwivedy.

Lokanath Mishra has won the election to Rajya Sabha for two more successive terms in 1966 and 1972 earning an enviable tenure of 18 years in Rajya Sabha. He had also been appointed as Governor of Assam in 1991, where he has served upto 1997, with two short stints as Governor of Nagaland and Arunachal Pradesh within that period.

“My father was totally opposed to the idea of my acting in a movie” says Lokanath in an interview to Odia film magazine ‘Cine Sambad’ shortly after joining as Governor of Assam. He recounts what exactly his father had said. “I think you are a gone case. Don’t you have anything better to do than dancing with the nautch boys?”. After a lot of persuasion he had once visited the shooting set at Kolkata and he changed his opinion after he watched the proceedings.

But Lokanath has not really acted in any other movie subsequently. It was as if he finally found the path to his destination by pursuing a career in politics and social service, much like ‘Vidyapati’ finding his path to Neela Madhav with the help of ‘Lalita’.