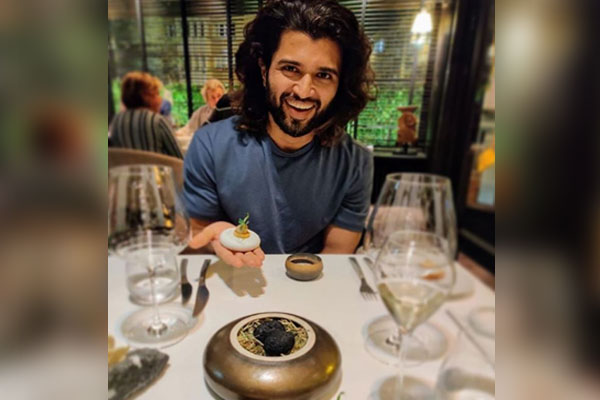 Vijay posted a picture on Instagram, where he is seen sitting in a restaurant and holding a dish in his hand. In the photo, he wears a powder navy blue T-shirt and has left his hair open.

“Food makes me happy. French Gastronomy – is a must-try!” he wrote as the caption for the image, which currently has 1.5 million likes on Instagram.

Vijay’s next is tentatively titled “Fighter”. He will also be seen alongside actress Ananya Panday in a multilingual film that will mark his Bollywood debut. The film is directed by Puri Jagannadh.