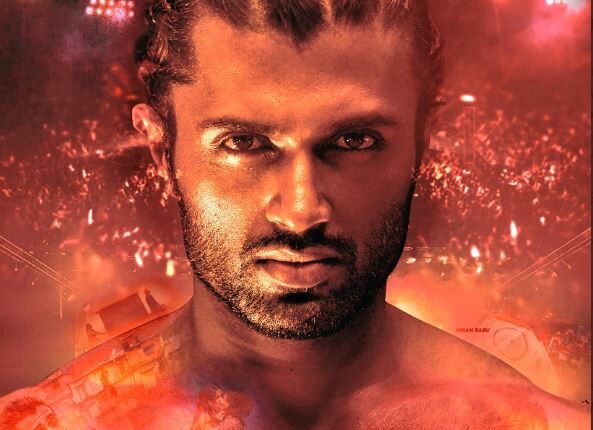 Mumbai: Vijay Deverakonda’s rise to stardom has been meteoric. He entered the Hindi market with his Telugu release ‘Arjun Reddy’ where he played a surgeon who spirals into self-destruction after a heartbreak.

Bollywood actor Shahid Kapoor’s 2019 release ‘Kabir Singh’ which was a remake of ‘Arjun Reddy’, also piqued the interest of the audience for the original Sandeep Reddy Vanga film, they eventually discovered Deverakonda and are now waiting for his upcoming Hindi film debut with ‘Liger’, which also features an appearance from boxing legend Mike Tyson.

Tyson, who commands a significant fan following courtesy his conduct both on and off the ring, is further set to expand his stardom with the film.

In a recent conversation, Vijay spoke about his experience of working with Tyson.

Vijay says: “Mike Tyson came to just have a blast. He doesn’t consider himself an actor. He was like ‘Why are you casting me as an actor?’ We told him that it’s his persona that adds so much to the film. The weight of his stardom lends the gravitas to the film.”

Tyson, who has earlier appeared in numerous popular media in either cameo appearances or as a subject of parody or satire, was sure of his rhythm, approach and the goal. Perhaps, it comes from his disciplined training.

Vijay reminisces: “He used to come, listen to the scene, toy around a little with it.”

The crew was concerned about any cultural shocks for the boxer, “Initially, we were a little worried if we would get what we wanted him to do. Ours is a different kind of cinema. I talk in Telugu in my comfort space. The same goes for him with regards to English.”

But, the time acted as grease on the film’s journey, it went well with time and we soon started functioning on the same wavelength”, Vijay shares further.

They also made accommodations for Tyson, who was the first heavyweight boxer to simultaneously hold the WBA (World Boxing Association), WBC (World Boxing Council) and IBF (International Boxing Federation) titles.

“We had to modify a few action sequences to suit his technique and style because Mike Tyson doesn’t do MMA, he is a boxer. Our action director subtly adjusted the sequences as per his rhythm. But, he was game to do anything”, Vijay adds.

Much like its title, ‘Liger’ enjoys the best of both worlds of Telugu and Hindi cinema as it has been simultaneously in Hindi and Telugu and has been directed by Telugu filmmaker Puri Jagannadh and co-produced by Karan Johar’s Dharma Productions – premier Hindi film studio.

Vijay mentions that they shot most of the film in Mumbai. The actor seems to be heavily impressed by the artistry and speed of technicians at the lower rung of film crew in Mumbai.

“They are very efficient and economical with time and resources. So, a film which would have taken 200 days to shoot was wrapped up in around 140 days”, he says with a certain gleam in his eyes.

The efficiency spreads to the upper echelons and the air-conditioned cabins of a film’s team too, in Vijay’s opinion.

“The marketing and the promotional logistics are also super-efficient here,” he says, pointing out another difference between the two industries.

For his part in the film, the actor needed to look really muscular or as he puts it, he “wanted to look like a beast”. So, he approached the body type of his character by mixing high intensity weight training with fight training.

“Yeah, it’s not so good an approach to a desired physicality as weight training adds a lot of stiffness to the body contrary to the demands of the flexible body of an MMA fighter, ” he says as he looks back.

“But, one has to work around things in a certain frame of time. The marching of deadlines is what showbiz is all about, isn’t it”? the actor questions back.

“To overcome the muscle stiffness I then forced myself to do spin kicks because that would help the body retain a certain flexibility.

He even got injured once during the training. “You gotta pay something to achieve something”, he says as he smiles back at his pain thereby giving a faint reminiscence of what Muhammad Ali once said, “I hated every minute of training, but I said, ‘Don’t quit. Suffer now and live the rest of your life as a champion'”. The air in the room suddenly dons a blanket of heaviness after the mentions of the two boxing legends.

Vijay glides through another point – that of the evolution of the Indian film industry in a bigger scheme.

“I think the Indian film industry is moving in the right direction. If we want to be a powerful industry, we need to unite the country through content bridges. One of our biggest strengths is our population, and the market potential that it entails.”

“The reason Amazon, Apple and Google are setting up such big facilities and investing in good infrastructure is that the Indian consumer market is a holy grail”, the actor shares.

Rendering a financial shade to his answer, he continues, “If we can make films that work across the languages of Hindi, Tamil, Telugu, Tamil, Kannada, Marathi and other, imagine how much that would strengthen the industry and also the economy in certain ways”, he talks proudly of the film industry which contributes a lot to the taxation structure and government revenue of the country.”

“We are on the right path as the Indian film industry, ” he concludes as he takes a break from the interviews that are about to follow.

‘Liger’ directed by Puri Jagannadh is set to release in cinemas on August 25, 2022.