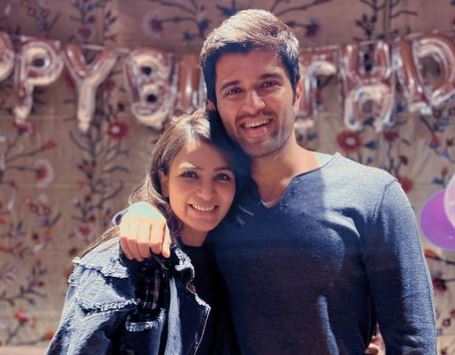 Hyderabad: Vijay Deverakonda, the young sensation, turned another year older on Monday. The actor is currently filming in Kashmir for his upcoming film with Shiva Nirvana, which has the working title ‘VD 11’.

Samantha plays the leading lady in this untitled film.

Vijay’s birthday was celebrated by the ‘VD 11’ team. Samantha, Shiva Nirvana, and the film’s producer Ravi all had a wonderful time.

“Happy Birthday Dearest @TheDeverakonda Your positive energy is like a wildfire to the entire team,” the makers of the movie wrote, as they shared a picture from Vijay Deverakonda’s birthday bash.

The filmmakers have also stated that an important update will be released on the occasion of Vijay’s birthday.

‘VD 11’ is the second time Samantha and Vijay will collaborate after their appearance in ‘Mahanati’.

Vijay, on the other hand, has ‘Liger’, ‘Jana Gana Mana’, and other films in the works.