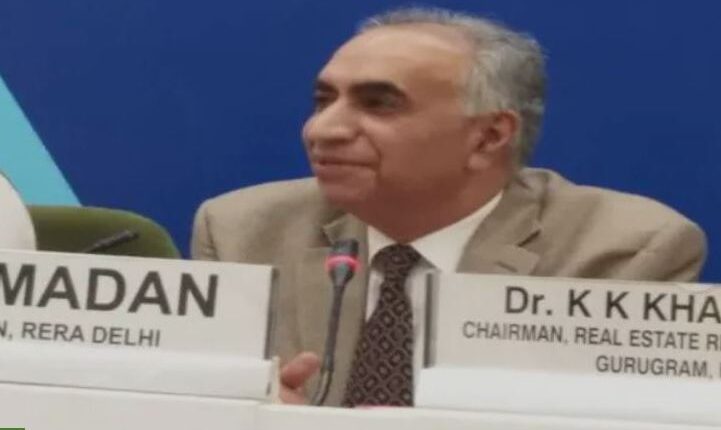 On 23 August, Dr Vijay S Madan a member of the Indian Administrative Service of 1981 batch belonging to the Union Territory cadre breathed his last after battling with cancer.

He was a medical doctor to start with having done his MBBS. He joined civil service after recovering from a very serious motorcycle accident which never affected his zeal and performance in the entire civil service career.

I came to know him when he was a young officer in the Ministry of Civil Aviation. Sovan Kanungo was the Secretary to the Government of India in the Ministry of Civil Aviation who introduced me to him. Kanungo held him in great esteem as a bright officer. After some years, he was  posted as the Permanent Representative of India on the Council of the International Civil Aviation Organization, Montreal. During his tenure on the post, he made excellent contributions to development of ICAO policy on air transport. His interventions during the debate were clear, logical and to the point. The members of the Council invariably supported his views. While safe, efficient and economic air transportation worldwide was his objective he took care to protect the  interest of the developing countries.

When he was the Representative of India, he had visited Odisha along with Dr Assad Kotaite, the legendary President of the International Civil Aviation Organization. Idea of making Bhubaneswar as international airport was mooted at that time during the  discussion with Janaki Ballabh Patnaik, the then Chief Minister of Odisha.

After finishing his assignment, he returned to his cadre and at one stage he looked after development of air transport of Goa.

While he was in India, he was selected for the post of Chief of Section of the Air Transport Bureau of International Civil Aviation Organization. He served on that post for some time until he returned to India. After holding various posts under the government, he became the Secretary to the Government of India.

As the Director General of UIDAI, he made significant contribution to development of Aadhar. After superannuation from the Indian Administrative Service, he accepted another challenging assignment as full-time regulator under RERA in Delhi.

He was known for his high integrity, efficiency, and professionalism. As a civil servant he has left indelible mark in the government. He would be a source of inspiration to many young civil servants.

Apart from his professional career, he had played a key role in promotion of the Shiridi Sai Baba movement in Montreal.

He is survived by his  wife Preeti Madan from the Indian Economic Service and two daughters Ipsita and Arjita, both brilliant IT engineers.

May his noble soul rest in peace in Heaven.

‘You have been a citizens’ judge’: Dushyant Dave bids tearful farewell to CJI

America’s Women’s Equality Day: How society was unfair to women

Who lowers the dignity of women?