Villagers hold written test of sarpanch candidates in Odisha’s Sundargarh; 3 out of 8 pass 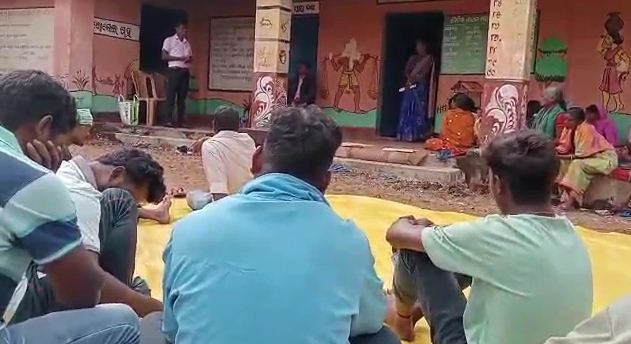 Sundargarh: Malupada village under Kutra panchayat in Odisha’s Sundargarh district witnessed a highly unusual and most probably a first-of-its-kind incident as the locals held a written test of sarpanch candidates ahead of the panchayat polls in the state.

While eight out of the nine candidates appeared for the test, three of them cleared it.

According to reports, the candidates were campaigning in the village, during which the villagers asked them to undergo a written test so that the locals could have an idea regarding the credibility of the candidates.

The question paper contained seven questions seeking answers on several aspects like goals of the sarpanch candidates, welfare activities undertaken by them, willingness to visit door-to-door to solve the issues of the locality, number of wards, villages and people in the panchayat etc.

Seemingly, residents of the village will cast their votes in the favour of one of the three candidates who emerged successful in the test.

Tension ran high in the village after the test as a heated exchange of words erupted between the successful and unsuccessful candidates.

Watch: Auctioneer faints and collapses to the ground during IPL Mega Auction

Pakistani army has abducted dozens from Balochistan after series of suicide attacks: Report