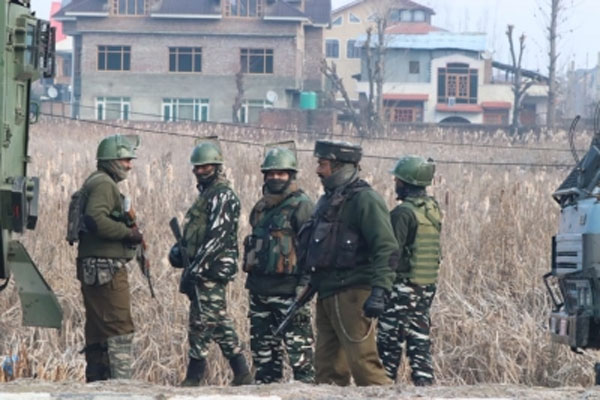 Jammu: In an act of bravery, unarmed villagers on Sunday overpowered two heavily armed terrorists of Lashkar-e-Taiba (LeT) outfit, including one of its most wanted commanders, and handed them over to the police in Jammu and Kashmir’s Reasi district.

The apprehended terrorists have been identified as Faizal Ahmad and Talib Hussain.

Hussain is a wanted commander of LeT and hails from Rajouri district. His associate, Fazal Ahmad is from Pulwama district.

Both were handed to police in Reasi district by the villagers.

“Two AK-47 rifles, 7 grenades and a pistol were recovered from their possession. Talib Hussain had masterminded a recent bomb blast in Rajouri,” police said.

The J&K Police said, “Hats off to the courage of villagers of Tuksan, in Reasi district. Two terrorists of LeT apprehended by villagers with weapons; 2AK rifles, 7 Grenades and a Pistol. DGP announces reward of Rs 2 lakhs for villagers.”

“LG of UT of Jammu and Kashmir Shri Manoj Sinha has applauded the courage of villagers and said that with this kind of determination shown by the villagers, the end days of terrorism is not far. He also announced a cash reward of Rs 5 lakh for the villagers,” police said.

India must be developed nation in 25 years: Here are 5…