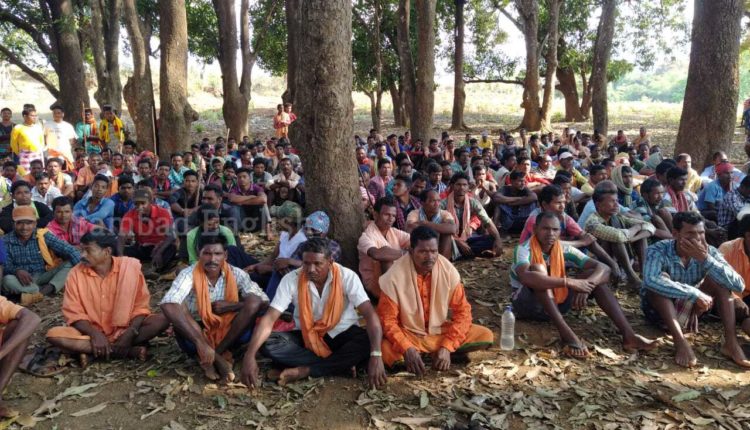 After repeated advisories from the state government to avoid public gatherings amidst the novel coronavirus outbreak, jillions of villagers gathered at Gorasetu under Panasaputa panchayat demanding the release of five of their fellow villagers who were arrested by police suspecting them to be Naxalites.

The public resentment emerged a few days back after a BSF camp was set up in the Jodambar area of the district. Convinced that the camp will be of little help towards the basic development of the area, some villagers staged a protest and demanded immediate relocation of the establishment.

Villagers alleged that the police took five locals including Basu Khila of Similipadara into its custody declaring them naxalites. They further claimed that all the five were innocent and being subjected to physical and mental assault in the police custody.

The villagers also threatened to intensify their protest if the demands are not met. “The five persons are all innocent. We demand the police to release them immediately or else will intensify the protest,” a local said.

Meanwhile, police stated all the five persons arrested few days back will be released once their innocence is proved after a thorough investigation.