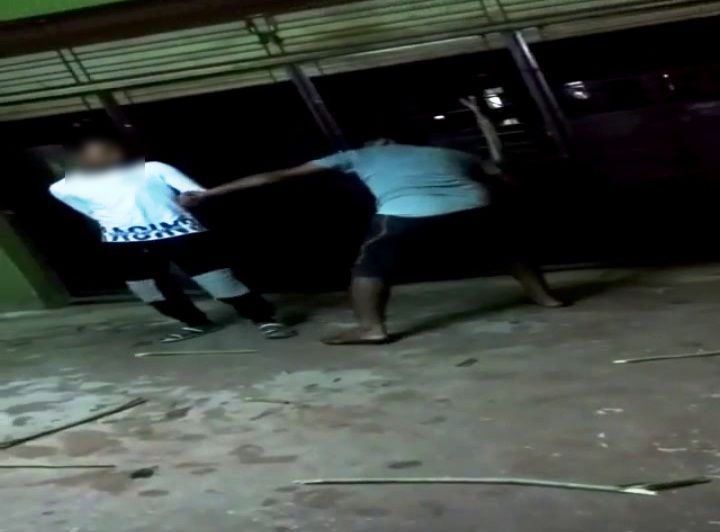 Bhubaneswar: While much emphasis is being given on quality education providing punishment-free zone in educational institutions, a shocking video surfaced featuring a hostel warden beating up two students for poor results.

The incident came to fore after the video went viral on Facebook and WhatsApp on August 17.

According to reports, the incident occurred on August 11 when the hostel warden Biswaranjan Rana of Gandhi Science College was caught on camera while beating up two +2 students, who were from Keonjhar and Jajpur districts respectively, with a stick on premises of the hostel.

“The two students were enrolled at the college following recommendation by the hostel warden. Their parents had also asked him to review their performance for better results. However, expressing anger over repeated poor performance by these two students in examinations, he beat them with a stick,” said Gandhi College Principal Sudhansu Sekhar Moharana.

The college authorities also condemned the merciless act by the hostel warden.

“Rana has been terminated from the hostel after we found the video on various social media platforms on August 17 morning. The college will also file an FIR seeking action against him for the act on hostel premises. The police may take action as per the law,” he said.

OJEE to conduct another spot counseling for MBBS & BDS admissions