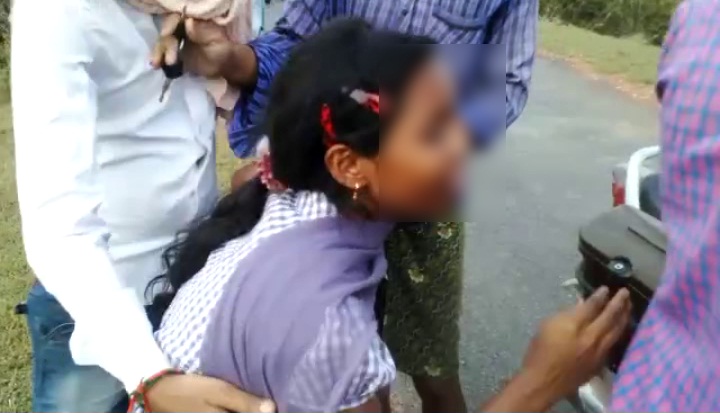 Bhubaneswar: After a brief lull following police advisory against circulating obscene videos on social media platforms, another such video has surfaced prompting the police personnel to launch a probe into the incident in Odisha’s Bargarh district.

The incident is believed to have occurred in Bargarh district couple of days ago but the video reached news channels today giving a fresh headache to the cops.

The video shows a group of men chasing, molesting and harassing a college student who is in her uniform despite her repeated pleas to spare her.

Around 10 to 15 young men were also seen hurling abuses at the girl who was running on the road to escape from the clutches of the mob.

It is suspected that some people among them had recorded the incident and later posted it on social media.

Soon after the media highlighted the incident, Bargarh police woke up and swung into action.

Bargarh SP Jugal Kishore Kumar Banoth this evening ordered for a probe into the incident.

“The investigation is on to find the exact location from where and when the incident took place,” Panda said by assuring stringent action would be taken against the culprits.

Worth mentioning, Odisha Police DG RP Sharma on November 22 had issued an advisory to all the district SPs and public to check circulation of such videos on the internet after series of obscene videos from different parts of the State went viral.

Besides, the top cop had also requested the general public and media about dos and don’ts of the viral videos and urging them to help the law enforcement agencies.