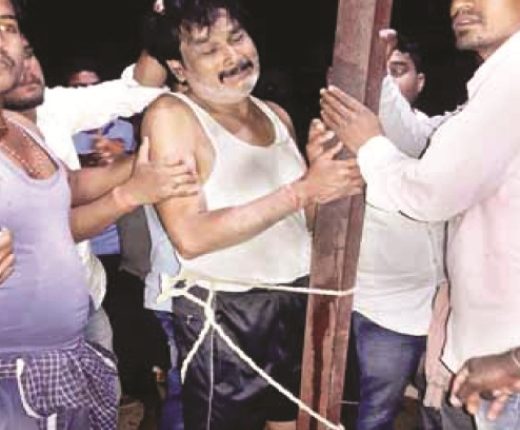 Nayagarh: Teacher of a high school was reportedly tied to a pole and thrashed by locals in Fatehgarh area of Odisha’s Nayagarh district for allegedly misbehaving with a girl student, a video of which has gone viral on social media.

According to reports, the accused PET of Bijipur high school, identified as Biswanath Muduli, allegedly misbehaved with a girl student of class-VIII yesterday at his house, where he used to take tuition classes in the evening.

The teacher also threatened the girl not to disclose the incident to anyone. The girl went home and narrated the ordeal before her parents, after which they confronted the teacher.

Moments after, irate villagers tied the teacher to an electric pole and thrashed him black and blue. On being informed, police reached the village and rescued Muduli. Further investigation into the incident is underway.