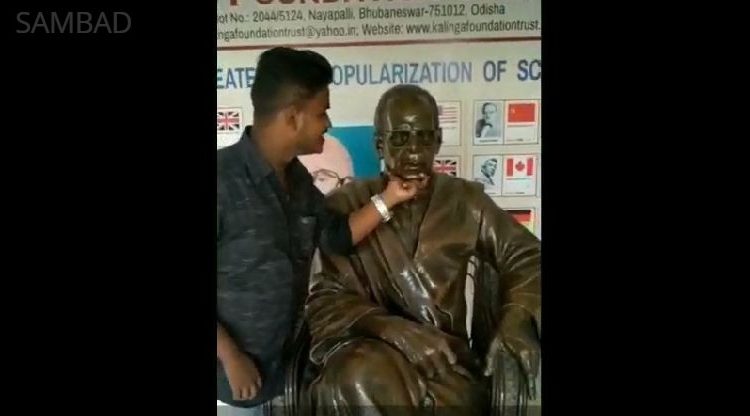 Cuttack: A video of a youth disrespecting a statue of former Odisha Chief Minister Biju Patnaik at Anand Bhawan Museum in Odisha’s Cuttack city has surfaced on social media and gone viral.

The clip, in which the youth can be seen laughing at the statue and slapping it at the museum, is doing the rounds on instant messaging platform WhatsApp. The identity of the youth and the date of recording of the video is yet to be ascertained.

The Biju Chhatra Janata Dal has lodged a complaint in this regard with Bidanasi police and demanded removal of the clip from social media.

Here’s why you need to add ghee to your daily diet!