Virat Kohli lifted India to overseas success like no other captain: Ian Chappell 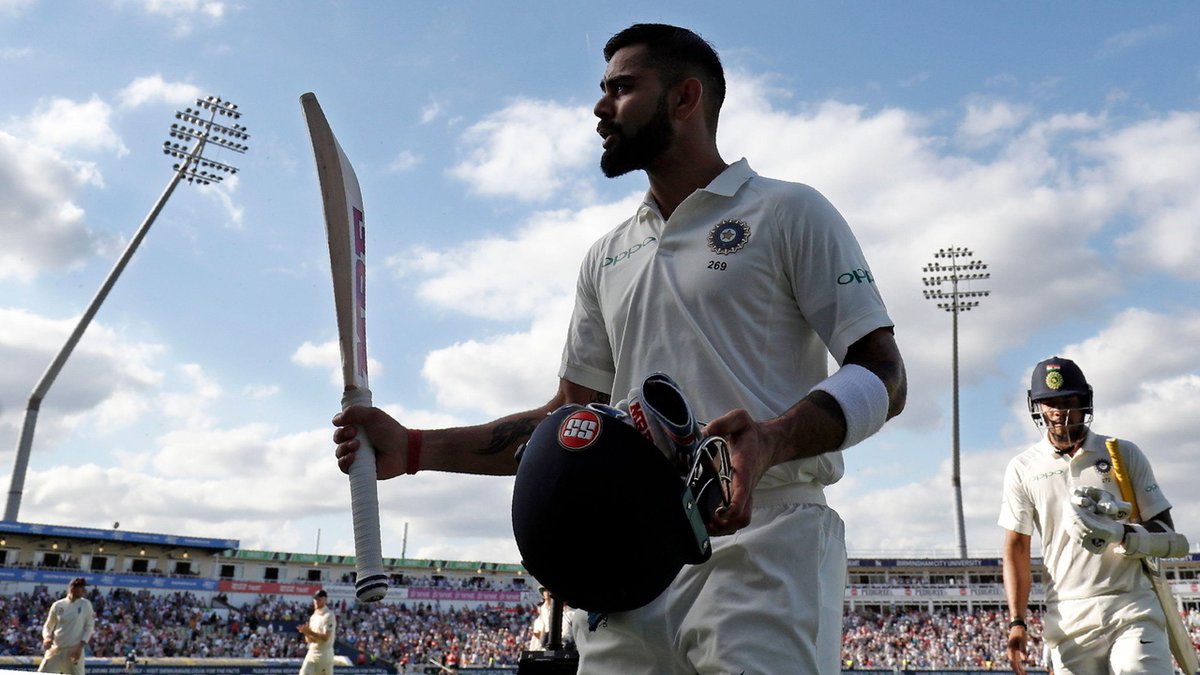 Sydney: Former Australia cricketer Ian Chappell feels Virat Kohli lifted India to success in overseas conditions which hadn’t been achieved by any other captain before.

He added that Kohli’s big focus was administering a craving for Test cricket. In January, Kohli stepped down as Test captain just a day after India lost the three-match series 2-1 to South Africa.

The 33-year-old finished as India’s most successful Test captain, leading the side in 68 Tests, winning 40, losing 17 and drawing 11 matches.

Under him, India clinched a historic Test series win over Australia in 2018/19 and led 2-1 in England last year apart from becoming a top-ranked Test side and reaching the final of the ICC World Test Championship (WTC).

“When Kohli took over after the successful reign of MS Dhoni, there was one major concern: would his boundless enthusiasm cloud his judgement as leader? There’s no doubt Kohli was an exception as captain; he didn’t curb his enthusiasm but he was still able to lead the Indian team to a higher level.

“With the capable assistance of vice-captain Ajinkya Rahane, he lifted India to overseas success like no other captain had done,” wrote Chappell in his column for ESPNCricinfo on Sunday.

Talking about the biggest achievement of Kohli as the Test captain, Chappell remarked, “One of Kohli’s great achievements was instilling in his team a craving for Test cricket. Despite his all-encompassing success, Kohli’s major aim was to achieve victory in the Test arena and this is where his passion really shone. There is no doubt that Kohli drove his men hard but it’s also apparent they enjoyed competing and wanted success.”

The 78-year-old felt that Kohli backing up wicketkeeper-batter Rishabh Pant to develop well in Test cricket was a big plus too.

“Kohli has a number of individual achievements in his resume, none bigger than the development of Rishabh Pant as a wicketkeeper and batter. Kohli tended to get his way when it came to selection and some of his decisions in this area were a little questionable but there’s no doubting his support of Pant was a master stroke.”

Chappell signed off by saying that Kohli should be appreciated from stepping down as Test captain on his own terms.

“Kohli took the legacy of Sourav Ganguly and Dhoni and substantially built on it in seven years at the helm. Performance is another factor in ranking a captain and in his Tests as captain, Kohli averaged a masterly 54. He also has to be commended for resigning at a time of his choosing. Kohli got it right, though he didn’t go out having achieved his final ambition.”

Is veganism the key to a greener tomorrow?