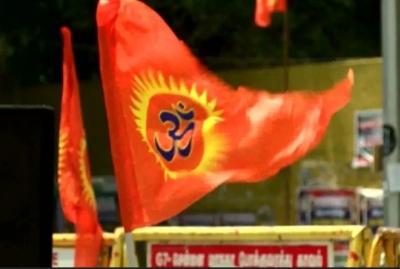 Lucknow: The Vishwa Hindu Parishad (VHP) is all set to launch an 11-day nationwide drive against forced religious conversions and ‘love jihad’ from Wednesday (December 21).

This is seen as a move to raise Sangh’s Hindutva pitch in the coming days.

The drive will be launched with an aim to execute ‘ghar wapsi’ (homecoming) of thousands of Hindus who were ‘forced’ to embrace Islam or Christianity.

Sources said VHP has identified 1,000 sensitive districts across the country which have reported a high rate of religious conversions in recent times.

“It will mainly be an awareness drive for those who want to come back to Hinduism. We will welcome them back into the Hindu fold,” said a VHP functionary.

The drive will conclude on December 31.

The special focus in this drive will be on ‘love jihad’ — where Muslim men marry Hindu girls and convert them.

“There is hardly an element of Love. It is all jihad,” said the functionary.

Every year VHP ensures ‘ghar wapsi’ of around 5,000 girls who were converted to Islam.

The VHP will also observe ‘Dharmraksha Diwas’ on December 23 — the death anniversary of Swami Shraddhanand, an Arya Samaji seer who propagated the principles of social reformer Dayanand Saraswati.

Shraddhanand was shot dead in 1926 by an alleged Muslim fanatic Abdul Rashid.

“He was killed because he tried to bring thousands of people back to Hinduism,” the VHP leader said.

VHP will also hold a campaign on December 25 and December 31 to arrest “vile” attempts of Christian missionaries to convert “gullible” Hindus into Christianity, especially on Christmas and New Year’s Eve.

The campaign will be launched nearly two months after the Rashtriya Swayamsevak Sangh meeting in Prayagraj observed that religious conversions and migrations were causing “population imbalance”.

In the meeting, RSS chief Mohan Bhagwat and general secretary Dattatreya Hosabale had advocated strict implementation of the anti-conversion law.

In July this year, Bhagwat had insisted on stopping religious conversions, saying they separate individuals from their roots.