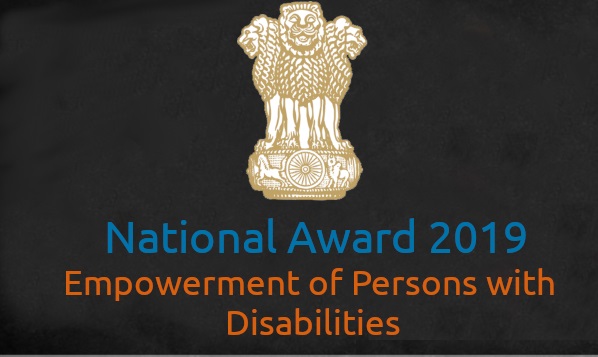 Bhubaneswar: Setting an example for all Divyangs in Odisha, a visually-impaired person achieved a new feat with his nomination to receive a national award for his contribution to persons with disabilities.

The 50-year-old Niranjan Behera from Paralakhemundi has become the inspiration for all differently abled persons as he has been selected for the prestigious National Awards for Empowerment of Persons with Disabilities.

He will be conferred with the award as the Best Individual for PWDs on International Day of PWDs .

President Ram Nath Kovind will present the award at a function on December 3 in New Delhi.

Born in Paralakhemundi of Gajapati district in Odisha, Behera lost his vision at his early age in an accident. He was enrolled at a state-run high school but failed to clear his matriculation due to 100 percent blindness.

However, his enthusiasm to carryout social services helped him to meet his target.

In 2004, Behera joined Centre for Community Development (CCD), a local voluntary organisation, to work for poor and persons with disabilities.

He was appointed as the state coordinator of Odisha Bikalanga Manch in 2010 and became President of the organisation two years later.

His rigorous efforts resulted in approval of Rs 10 kg rice per month scheme under which every PWD gets benefit in the state.

Amidst his social work, Behera faced wrath from Nature and his house was completely damaged in Cyclone Titli in 2018.

However, the district administration is considering to provide him shelter under Pradhan Mantri Awas Yojana-Urban (PMAY-U), Centre’s housing scheme, acknowledging his achievements.