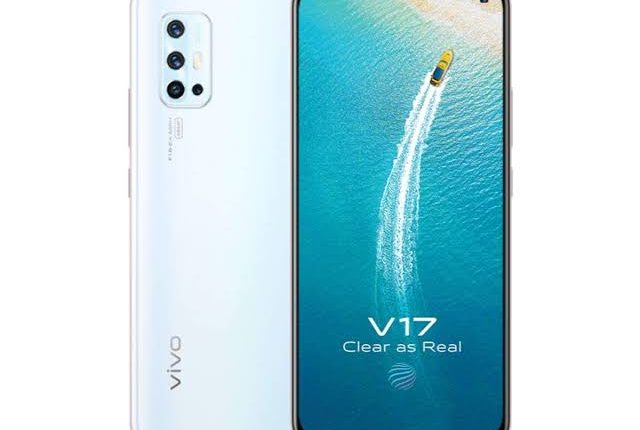 New Delhi: Vivo which has witnessed a great adoption of its devices among the Indian smartphone users — reaching its highest-ever market share of 17 per cent in the third quarter of 2019 – has brought yet another stellar device in its popular V-series.

Vivo V17 was launched first in the Philippines. However, the Chinese smartphone maker has ditched that design and instead launched the device with a rectangular camera design in India.

The smartphone features a 6.44-inch ‘E3 Super-AMOLED’ display, which is better that the older water-drop display part of earlier Vivo devices.

The look and feel is comfortable. The device sports premium design. Although the phone has a plastic back, it is not at all slippery.

The punch-hole display is the best part and if you love watching videos, you would love more screen space. For easy usage, the power as well as volume buttons are placed at the right side.

Despite featuring a huge 4500mAh battery, the device is lightweight (just 176 gram) while first-time users may find it a little bulky.

The smartphone has an L-shaped, quad-rear camera setup which is tucked in a rectangular module like Samsung Galaxy M40 and, interestingly, look quite identical.

It comprises 48MP primary sensor with f/1.8 aperture, an 8MP sensor with f/2.2 for wide-angle shots and two 2MP sensors with f/2.4 aperture for Bokeh and macro shots each.

The camera performance in indoor environments is impressive too. You get rich colours, abundant details with very little noise. Surprisingly, the Super Night mode in both front and rear cameras captures clear and beautiful shots.

For selfies, front camera comes with a 32MP sensor inside the punch-hole. Selfies also had rich details and almost accurate colours.

Additionally, camera app is also rich in features like AI beautification, Portrait lighting, Pro mode and so on.

The Vivo V17 is powered by Qualcomm Snapdragon 675 chip which offered smooth performance. The phone did not lag during daily usage with multiple apps in the background.

On gaming, we played ‘Call Of Duty’ and the device performed well without producing any heat.

Vivo V17 ships with Android 9 Pie with Funtouch OS 9.2 on top of it. The storage and RAM that the smartphone offers is also good at this price point.

In the SIM tray, the device has dual nano-SIM slots along with a dedicated microSD card slot.

It comes with a USB-C port and supports 18W fast charging. The 4,500mAh battery ensured the juice remained for nearly a day.

The fight in the mid-price segment is already cut-throat but Vivo devices are a hit among the Indian users and with proper market positioning and attractive offers, Vivo V17 has a great chance to make its mark.

Ranbir, Shraddha to star in Luv Ranjan’s next

Alexa in Hindi turns 1, now available on smartphones in…