VVS Laxman heaps praises on ragpicker from Odisha; here’s why 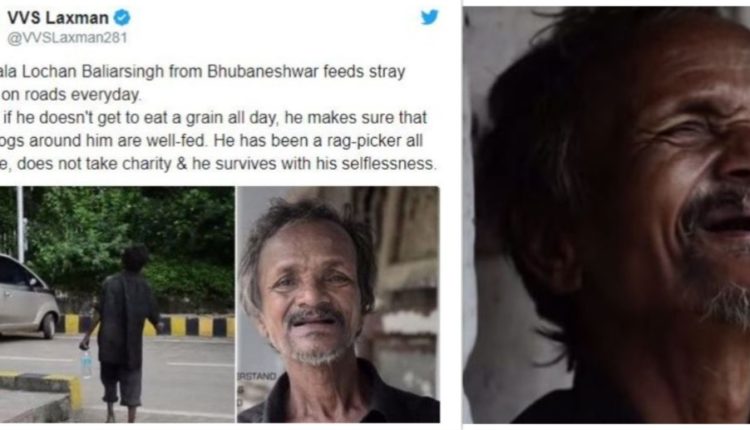 Bhubaneswar: A ragpicker from Smart City Bhubaneswar became the talk of the town after former Indian cricketer VVS Laxman took to Twitter to appreciate his noble initiative of feeding stray dogs everyday despite his own misery.

Kamala Lochan Baliarsingh, who collects waste materials from several places in the state capital and toils hard to get food for his own, makes sure that stray dogs he comes across are well-fed. The man, who himself is living a vagabond life, has turned out to be a savior for stray dogs in Bhubaneswar.

This selfless service of the man made him stand out in the crowd of ‘self-obsessed’ people.

Kamala Lochan Baliarsingh from Bhubaneshwar feeds stray dogs on roads everyday.
Even if he doesn’t get to eat a grain all day, he makes sure that the dogs around him are well-fed. He has been a rag-picker all his life, does not take charity & he survives with his selflessness. pic.twitter.com/BeIRuZozfL

His initiative came to notice after former Indian cricketer VVS Laxman, currently a cricket commentator, highlighted his kind deed on his Twitter handle yesterday. Praises started pouring in for Kamala Lochan after the post went viral on the social media site.