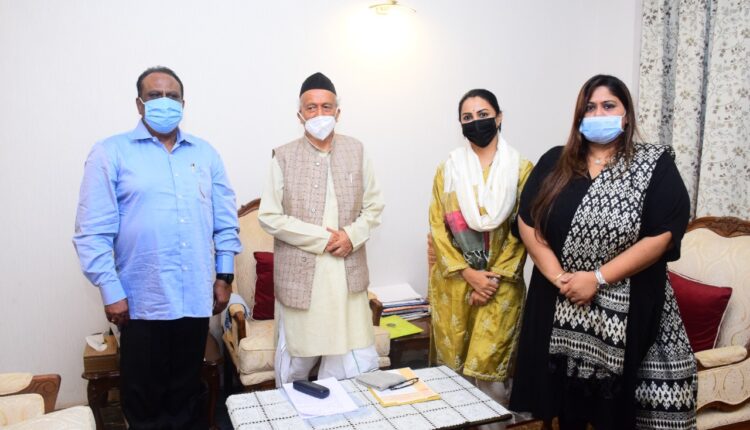 Simultaneously, an aunt of Wankhede, identified as Gunfabai Bhalerao, lodged a complaint against Malik with Aurangabad police seeking atrocity charges against the NCP minister for calling kin “Muslim”.

Sameer Wankhede’s wife Kranti Redkar, father Dnyandev and sister Yasmeen went to Raj Bhavan and apprised the Governor of the situation they were facing in the past few weeks after Malik launched a serial expose on the NCB officer.

“We informed him of the kind of harassment we are facing, threats we are getting from various quarters, and the allegations levelled against us. The Governor advised us to exercise restraint,” Kranti Redkar later told media persons.

She said the Governor also said that the guilty would be punished in this fight between truth and falsehoods, and thanked him for boosting the family’s morale.

A major political war is raging in the state since the past over four weeks after Wankhede raided an alleged rave party aboard the luxury ship Cordelia Cruise on October 2 and nabbed several youngsters including Aryan Khan, the son of Bollywood megastar Shah Rukh Khan.