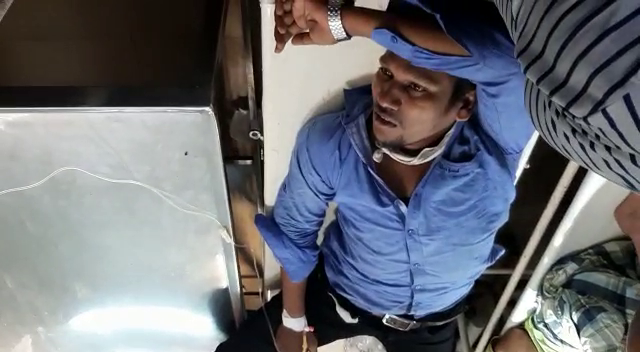 Bhubaneswar: Wanted criminal Sushant Majhi was injured in a police encounter at Kalinga Nagar area, on outskirts of Bhubaneswar, late on Wednesday night.

Majhi is one of the accused in many murder and loots cases including a robbery in Tangi area. He sustained bullet injuries on his left leg following ambush with police .

A team of police opened fire on the accused injuring his left leg. He was shifted to the SCB Medical College & Hospital for treatment.

The encounter team also seized a 9mm pistol and five rounds of live bullets from his possession.

“Acting on a tip-off that the criminal is coming to meet his associates and planning another robbery, a special team was formed to intercept the accused. He opened two rounds of bullets on police following which the cops retaliated,” said Bhubaneswar DCP Anup Sahoo.

“Majhi is admitted to the SCB Medical College & Hospital. Several serious cases including Rs 60 lakh robbery case is pending against the accused at Tangi Police Station,” he added.

On the other hand, another criminal was also injured in an encounter in Khordha district last night. The accused was identified as Jamshed Khan.

A joint team of Nirakarpur and Tangi police carried out the encounter to nab the accused. However, two police personnel have also been injured in the incident.