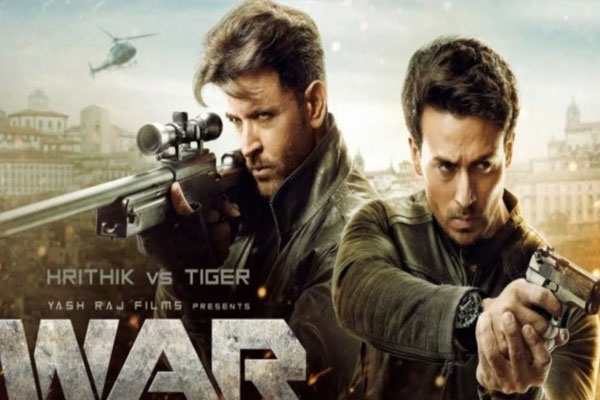 Mumbai:  The Hrithik Roshan-Tiger Shroff starrer War released on Gandhi Jayanti last year, and went on to become a blockbuster. Director Siddharth Anand says the fact that he got two big stars on board prompted him to set a benchmark at the box office.

“When the script of ‘War’ was being written, I was writing it like an English film. It didn’t have songs, its language was very new. When I say language, I don’t mean spoken language, it is the language of the film, the way scenes unfold. The content of each scene, the way the screenplay unfolds, it was a little complex in terms of the timeline and the way things were moving. It was like a relentless thriller. I didn’t know what the palette of the audience would be in two years,” recalled Anand.

Anand said that when the film came out, it looked extremely contemporary.

“When the film was cast, it had Hrithik and Tiger — the casting was just through the roof! It was a dream cast and we weren’t expecting two superstars to come together! Nowadays to get one actor on a film is so tough, and to get two superstars on board was like a dream. So, naturally the expectations were high,” he recalled.

“The fact that we got two action superstars in ‘War’, we had to set a benchmark. When I started making action films in 2012, I just knew that there is no benchmark or template for me in India. Because I don’t think we make many good action films in India,” he said.

He said that he wanted to beat what he had done in his previous action film, “Bang Bang”.

“My competition was the action in ‘Bang Bang’! We did very new, radical stuff in Bang Bang! I was competing with that and wanted to give the audience a little more than that. I ended up giving them a lot more with ‘War’,” he said.