Was it Sheer Ignorance or Absolute Apathy? The Shipwreck that could have saved  10,000 lives 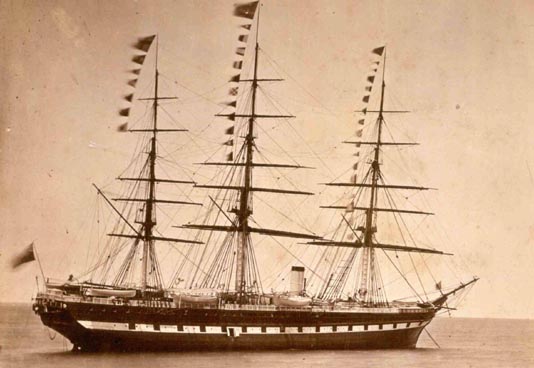 It was not sheer apathy; rather it was an intelligent disinterest in the affairs of the State. The enormity of the fore-coming doom was just not comprehended by the officials. A stark example of the lack of empathy is an incident that occurred in Puri in the early days of the Na Anka Durbhikshya or the Great Orissa Famine of 1866. In Odisha alone, at least a million people, a third of the population, died in 1866, and overall in the region approximately 4 to 5 million died in the two-year period.

The first scarcity of food was felt in the entire Puri district in the middle of September 1865. By the end of October, most of the shops selling rice had closed down, there were no stocks. Many people were leaving the place for Cuttack, where the Irrigation Department was employing people. Collector Barlow had already written to Commissioner Ravenshaw about the situation, but to no avail.

In this midst, an event that has been either forgotten or ignored by historians occurred in Puri. It is generally not known that Puri too was used as a seaport by merchant mariners, even though there was no harbour and the low sandy ridge made anchoring difficult. It was a fair weather port, operational only during the non-monsoon months of November to February. Loading and unloading was difficult due to the surf, but ships would weigh anchor a few hundred metres off the beach, and passengers and goods would be carried by the surf boats. This continued till the early part of the twentieth century.

On the 11th December 1865, the French cargo ship ‘Philamene’,carrying 6000 bags of rice from Calcutta to Gopalpore and Madras, had faced bad weather and took shelter at Puri. The ship came 300 mts off the beach and dropped anchor during high tide. The Captain and mistimed the docking, the ship got struck on the sandbar. The only way it could float away was by jettisoning the cargo. The ship belonged to M/s Robert Charriol & Co, butthe cargo was not theirs. The captain came ashore and sent word to the owners at Calcutta, seeking permission to dispose the cargo at Puri itself. The ship owners, transporters and insurers asked the captain to sell the rice to traders at Puri. They did not agree to the jettison of the load, as it would have meant huge losses.

This was a god sent opportunity for the administration to get rice and sell it to the people. Collector Barlow did not give permission, but wrote to Ravenshaw, the Commissioner at Cuttack, asking his consent for buying the rice at the prevailing rate. It was the early days of the famine, the people still had the money to buy rice, but it was not to be found anywhere.

The ship’s captain, with great difficulty, managed to get the cargo unloaded and got on shore. The surf boats were unsteady and nearly a hundred bags were damaged. The bags were kept under police guard in a small walled plot where the present Puri Hotel stands, and were covered by tarpaulins and oilskins. The ship’s captain made repeated pleas to the Collector to buy the 6000 bags of rice, but Barlow offered a price of 13 Calcutta seers per rupee, which was much below the prevailing rate at Puri. The owners and the insurers disagreed to sell it at the price offered by the Collector.

During this time, the impact of the Famine had fully set in, people were dying of hunger. The residents of the temple town could see the ship on the horizon, and the unloaded rice near the beach, guarded by the police. The ship’s Captain did manage to sell of a few hundred bags surreptitiously, as he and the crew was practically abandoned by the ship and the cargo owners. The sheer irony was when Cecil Beadon, the Lieutenant Governor of Bengal, reached Puri on the 13th February 1866; he was shown the ship, struck a few hundred meters away and told about the cargo of rice that was lying near the beach. Even Beadon could not gauge the scale and enormity of the situation; he did not give permission to Collector Barlow to buy the rice.

In the statement recorded before the Famine Commission on 6th March 1867 at Calcutta, Beadon had been specifically asked: “Was it brought to your Honor’s knowledge that the cargo of the ship Philamene was then on the Strand in Pooree, and that the agents would not or could not sell the rice?” Beadon had replied in the affirmative: “Yes, I heard of it.”

Beadon’s trip was the first for any Lieutenant Governor of the then British Empire to Odisha. During his four day trip from the 13th to 19th February, Beadon had seen hundreds of half dead famine stricken people clamouring for food in Balasore, Cuttack and Puri. His strong adherence to the belief that the markets would self-correct themselves and that governmental interference was not required proved disastrous. He left Odisha without a clear idea of the extremity of the situation.

For more than two months, the ship remained struck on the sandbar, and the rice on the shore. Eventually, on the 26th of February 1866, the owners of the cargo carried the remaining bags of rice on a steamer to Madras, incurring a huge loss. What could have been a win-win situation for all became a fiasco. Had the government decided otherwise, the 6,000 bags of rice would have certainly saved many lives.

On the 16th March 1866, a very high tide set the abandoned ship afloat. It floundered of the beach for a few days, dragging its anchor, and then capsized near the shore. The wreck of the ‘Philamene’ still lies off the Puri beach;500 meters off the spot where the Dighabarini pole stood. Local fishermen avoid casting their nets in the particular area where the ship sank as they get entangled in the submerged wreck.