VideoODISHA LATESTTOP
Sambad English Bureau Published On : May 9, 2022 at 8:24 PM 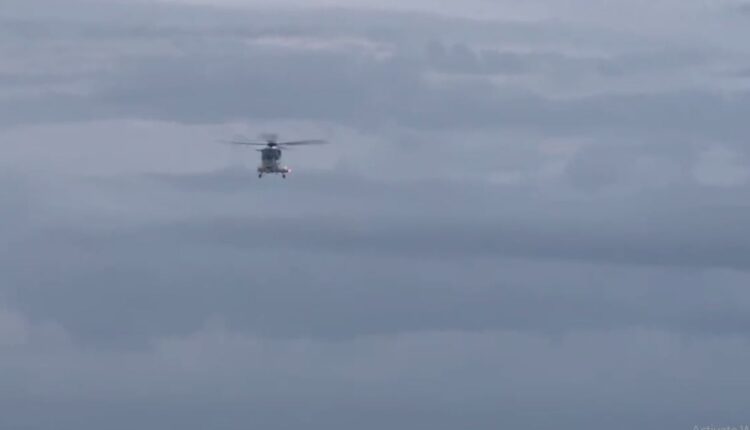 Bhubaneswar: As many as 11 stranded persons were rescued from the sea along the Odisha coast by the State government with the help of the Indian Coast Guard today evening.

Reports stated that the stranded persons were coming in a boat from Vizag of Andhra Pradesh through the sea route. However, their boat got struck close to Pati Sonapur beach in Ganjam District. Unable to negotiate the waves as their boats malfunctioned, the 11 persons made a call to the Ganjam Administration officials.

Subsequently the district administration informed the Special Relief Commissioner Pradeep Jena at 4:32 pm about the incident. Jena coordinated with the Indian Coast Guard team in Bhubaneswar and Paradeep DIGs for an air rescue.

Accordingly, a helicopter of the Indian Coast Guard started flying at 4.55 pm and rescued all the 11 stranded persons by 6.15 pm.

In a thread of tweets, the Special Relief Commissioner, Odisha, thanked the Indian Coast Guard and Ganjam district administration officials for launching the rescue operation.